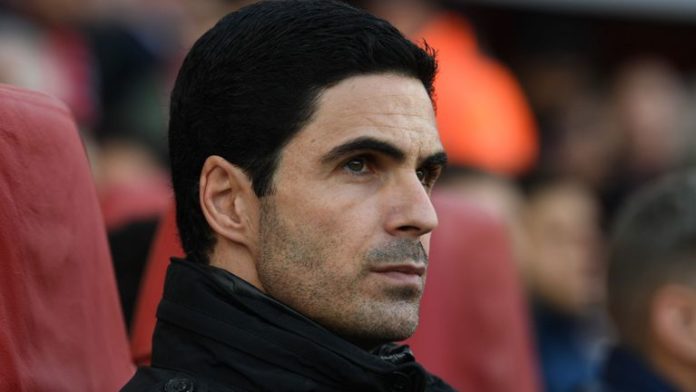 Arteta: “We have a very clear intention of  what we wanted to do in the market with the resources we have. If we can do it that’s fine but his fitness won’t change that”

Mustafi was carried off on a stretcher having landed awkwardly as the Gunners secured a fifth-round clash at Portsmouth.

The 27-year-old Germany defender will have scans on Tuesday to determine the extent of the problem, but Arteta conceded the early signs were not positive.

“They’re going to assess him between today and tomorrow but when a player has to come off, normally with a central defender – hopefully I am wrong but – normally it’s not good news.” said Arteta.

Asked if Mustafi’s situation could alter Arsenal’s January transfer plans and make a move for Pablo Mari more necessary, Arteta insisted the Gunners were still in the market for new additions ahead of Friday’s deadline.

“No,” he added. “We had a very clear intention of what we wanted to do in the market with the resources we have and if we can do it, fine.

“But his fitness [Mustafi’s fitness] won’t change anything.”

Meanwhile, Arteta reiterated his desire to keep captain Pierre-Emerick Aubameyang at the Emirates Stadium after reports linking the 30-year-old with a move to Barcelona.

Aubameyang, who has scored 14 Premier League goals so far this season, served the final game of his three-match suspension during the Gunner’s win at Bournemouth, and Arteta cannot wait to get the striker back in his side.

“I want Auba here 100 per cent,” Arteta said. “I’m so happy with him and I can’t wait to have him available again after suspension.”

The Cherries also had a player who came through their academy score as striker Sam Surridge slotted in his first senior goal for the club in added time, but the Gunners held on.

“I’m very pleased, I knew it was going to be tough out here,” said Arteta. “We played a really young squad today and wanted to see their reaction, and I’m very pleased.

“In the first half I think we were really, really good. I’m excited that everything we planned came together in a good way.

“They are important, the core of that team at the moment. So to play with that accountability, I really like it. The young players were terrific, their work-rate, and for me as well the courage to play, to make big decisions and not just play it safe.