Home World How the coronavirus is already hurting global business 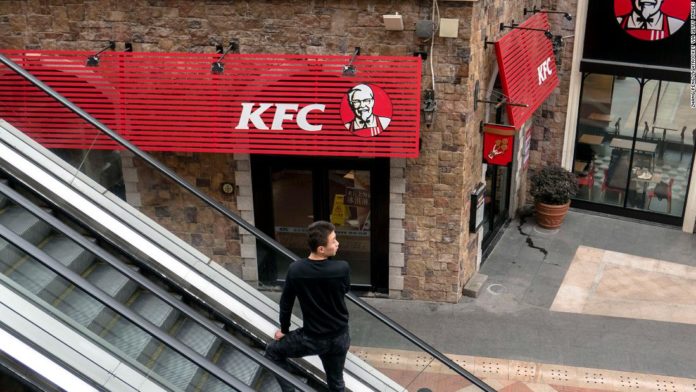 Chinese officials on Monday announced that the death toll from the coronavirus has risen to 80, with nearly 2,800 cases confirmed in mainland China and several dozen more in countries such as the United States, Australia and Japan. With over 57 million people in 15 cities across China on lockdown, the crisis is hitting the retail, travel and tourism industries particularly hard during the peak Lunar New Year season.
Companies say they are following cues from officials, which means the pain could last past the holiday season. Beijing has already extended the Lunar New Year holiday from January 30 to February 2 to try and prevent the spread of the virus. A government official told reporters Monday that authorities are considering a further extension.
Here’s what some major companies are doing to try and contain the outbreak.
Starbucks (SBUX) announced over the weekend that it is closing shops and suspending delivery services in the city of Wuhan, the epicenter of the outbreak, and the wider Hubei Province. The coffee chain operates 90 shops in the central Chinese province, according to the company’s website.
KFC and Pizza Hut restaurants are also closed in the city of Wuhan until further notice. Parent company Yum China (YUMC) says that it will continue to evaluate the need for “additional actions.”
McDonald’s (MCD) has shut restaurants in Wuhan and four other cities in Hubei.
Disney (DIS) has closed its parks in Shanghai and Hong Kong, just as the resorts were gearing up to usher in what it called the “Year of the Mouse,” a play on China’s Year of the Rat. Disney had put up new Chinese New Year-themed decorations throughout the parks, launched new merchandise and introduced several Lunar New Year dining options.
Shares in luxury goods companies have taken a hit on concerns about lower sales during what is usually a busy shopping season. The stocks of LVMH (LVMHF), Kering (PPRUF) and Cartier watch maker Richemont all fell more than 5% last week.
Companies with a large presence in Wuhan are also preparing for trouble. Renault (RNLSY), one of several automakers with a major manufacturing plant in the city, said last week that it was “studying carefully” the issue. Automotive factories, like other businesses, were already closed for the holidays.
Peugeot (PUGOY) tweeted Saturday that it will repatriate its expat staff and their families from”the Wuhan region.”
“At the same time, the group and its Chinese partner are mobilized to implement measures to take care of the Chinese employees of their joint venture,” it added.
The coronavirus outreak comes “at probably the worst time for China,” said Jude Blanchette, head of China studies at the Center for Strategic and International Studies in Washington. The Lunar New Year “is the single biggest economic event in China where last year there was upwards of $150 billion spent during the period, so the economic implications could be significant,” he told CNN last week.
The period marks the largest annual human migration on Earth, during which time hundreds of millions of Chinese travelers usually cram themselves into homebound trains, buses and planes for family reunions. The coronavirus outbreak has prompted millions to rethink those plans.
The overall number of trips made across China on Saturday, the first day of the Lunar New Year period, plunged nearly 30% from a year ago, Liu Xiaoming, vice minister for transport, told reporters on Sunday. Travel by plane and train fell more than 41%, he added.
Major hotel chains including IHG (GXMLF), Marriott (MAR) and Accor (ACCYY) said they will waive cancellation fees until February 8 for reservations at hotels in China and beyond.
Airline operators including Cathay (CPCAY) and Qantas (QABSY) said they will offer full refunds for passengers traveling to and froms China from January 24 until the end of February.
China’s largest travel agency Trip.com (TCOM), also known as CTrip, said last week that it would offer customers free cancellations on all hotels, car rental services and tickets for tourist attractions in Wuhan until January 31. The stock dropped 18% last week in New York.
Trip.com’s business “in the short-term, it will take a hit,” Jane Sun told CNN in an interview on the sidelines of the Davos conference last week. But she anticipates that once the crisis is over, business will rebound thanks to pent-up demand.
The business woes come as the pace of China’s economic growth is hitting historic lows and the country continues to suffer from the effects of the trade war with the United States.
The Wuhan coronavirus outbreak is already spurring people to hunker down and avoid going outside. That kind of behavior could deal a huge blow to the service sector, which now accounts for about 52% of the Chinese economy.
— Paul LaMonica, Cristina Alesci, Clare Sebastian, Richard Quest and Alexandra Lin contributed to this report.