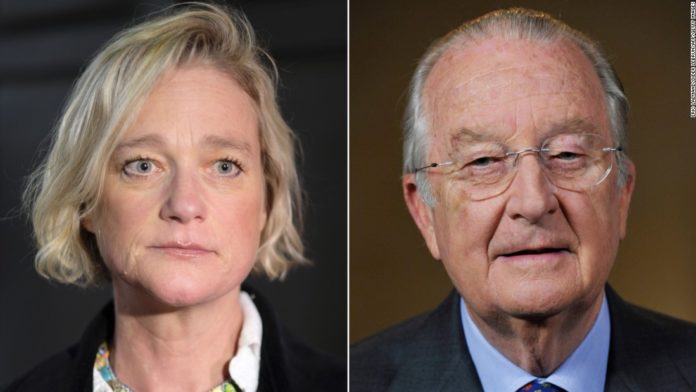 Belgian artist and sculptor Delphine Boel launched a lawsuit in 2013 to see the king, now aged 85, recognized as her father. Boel claims the king had an affair with her mother, Sibylle de Selys Longchamps, resulting in her birth in 1968.
In May last year, Albert II submitted a DNA sample for paternity testing under the orders of a Belgian court.
Those test results confirmed that he was Boel’s father, Albert II’s lawyers acknowledged in a statement released Monday to Belgian media.
“Legally, he will end the legal battle there and accept that Delphine Boel is his fourth child,” said the statement, according to public broadcaster RTBF. It added that although the legal procedure was “debatable,” Albert II wished “to put an end with dignity and honor to this painful procedure.”
The statement also argued that “legal paternity is not necessarily a reflection of biological paternity,” pointing out that Albert II had not been involved in Boel’s upraising and that he’d respected her relationship with her “legal father.”
The statement accused Boel of choosing to “end her legal and socio-emotional bond with her father and to change family” by pursuing the paternity suit.
Alain Berenboom, the former king’s lawyer, told CNN affiliate VTM News that Albert II would now include Boel in his will along with his other children.
“The king will treat all his children as equal,” Berenboom said, according to VTM News. “King Albert now has four children.”

The former king’s admission marks a stunning conclusion in a legal battle that has stretched on for seven years, amid swirling rumors that began more than 20 years ago.
Albert II married Paola Ruffo di Calabria, later Queen Paola of Belgium, in 1959 and became king in 1993.
Rumors about a child born from an extramarital affair began floating around just a few years after his ascension to the throne, fueled by allegations published in a 1999 biography about Queen Paola.
The scandal, and Boel’s name as the alleged child, were splashed across front pages of newspapers. She began speaking openly about the case to media in the following years, despite the king’s repeated denials of paternity.
In 2013, at the age of 79, Albert II abdicated the throne in favor of his son Philippe, citing concerns over his age and health.
That same year, Boel launched a legal case to see Albert II recognized as her father.
In October of 2018, the Brussels Court of Appeal ruled in her favor and ordered Albert to submit to a DNA test. The appeals court then ruled that Albert must submit to a test by a court-appointed forensic expert.
After he failed to submit to the test, the court ruled last May that he would face a daily fine of €5,000 ($5,600) until he took the DNA test — which he finally agreed to.