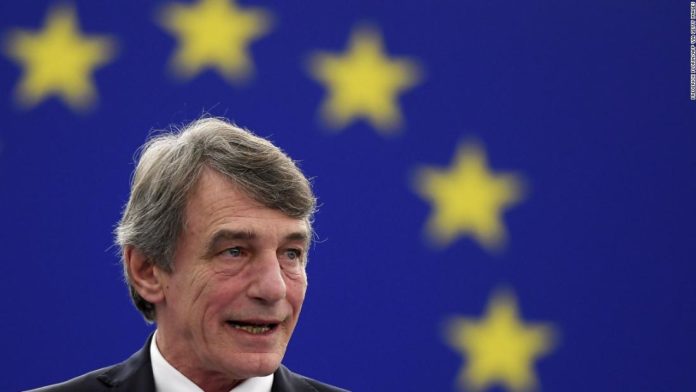 European Parliament President David Sassoli told CNN he was concerned about the UK government’s decision to rule out an extension to the Brexit transition period, which starts on Friday and ends in December 2020.
EU laws and free trade between the two will continue throughout the 11-month transition period, though the UK will no longer be a member of the bloc. A new agreement to replace the current relationship needs to be in place by the end of the year, otherwise the UK will risk dropping out without a deal, an option that economists say would damage the UK economy.
“Well, it’s a very complicated agreement … after 45 years and more of cooperation we have to bear that in mind when we look at the future relationship, it’s very very intensive work that we have to do, I don’t think that anybody could think we could do that in a couple of months,” he said.
Sassoli said that “friendly relations” with the UK will continue, and that the EU will have to protect its interests “but not competitively.”
“To think of London being far from Brussels, and Rome and Paris, there’s certainly pain involved in that, but we have to respect the will of British citizens and a new chapter in our relations with the UK is opening, and we believe that this agreement which we have will be improved, and we have to develop it as well, and we need time for that,” Sassoli told CNN.
Sassoli also said that the EU does not have any “jealousy problems” over UK negotiating a trade deal with the US, and that it’s in the interest of all three parties — Europe, UK and US — to have strong cooperation.

Ivana Kottasová contributed to this article.