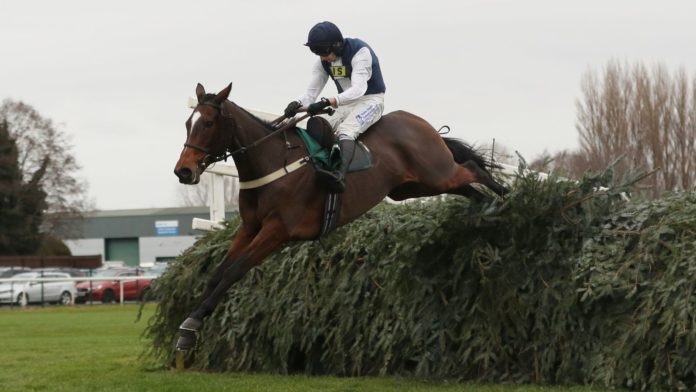 Dual Becher Chase winner Walk In The Mill is set to have a run over hurdles at Chepstow this week.

The 10-year-old, who finished fourth to Tiger Roll in the Grand National last year, is having his campaign built around a return trip to Aintree.

He holds an entry in the Chepstow Trade Centre Novices’ Hurdle over almost three miles on Friday – and is an intended runner.

Trainer Robert Walford said: “He is entered on Friday and will probably run there.

“It is just a novice hurdle, but he just needs to get on a racecourse.

“He has done plenty of work, but this is not the be all and end all. He will probably just have this run (before Aintree), and then we will take him for a racecourse gallop somewhere. It is pretty much the same as last season.”

Walk In The Mill has won the Becher Chase for the last two years, and his trainer is hoping for another bold show in the National.

He added: “The form of his Becher win has worked out well, with the second horse (Kimberlite Candy) winning the Classic Chase at Warwick, and he seems in good form.

“He is not well handicapped – but if he gets a good run round in the Grand National, he should be in the first six.

“He is not the classiest horse, and a better-class horse would always beat him, but he loves those fences and he stays well.”