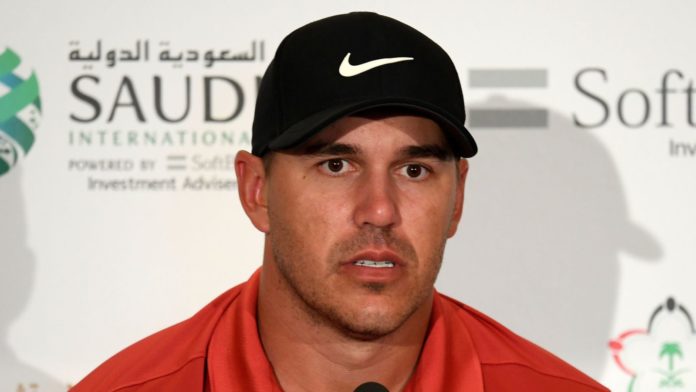 Brooks Koepka and Dustin Johnson appear to be disregarding the Olympics as a priority this season, with both hinting they will not plan their schedule around the Tokyo Games.

Koepka declared the four majors and the FedExCup were more important to him than Olympic gold, while Johnson believes it could be “difficult” to fit the Olympics into his plans if he manages to qualify for the USA team for Japan in August.

Many of the world’s top players, including Rory McIlroy, did not travel to Rio for the 2016 Olympic tournament citing a variety of reasons, although the likes of McIlroy and Tiger Woods appeared to have made Toyko 2020 one of their top targets this year.

But Koepka and Johnson, who defends his Saudi International title this week, sounded less enthused about the prospect of having to fit an extra week into a hectic summer calendar.

Asked if an Olympic gold medal was more important than a major, world No 1 Koepka replied: “Because it’s so new, I don’t, no. I think it’s an incredible honour for most athletes that are running 100 metres, gymnastics, anything like that, they wait four years for that.

“But we have four majors a year. For track, you’ve got indoors and outdoor championships and different things like that, but the Olympics is their big event and it only comes around every four years.

“In golf, we’ve got four majors every year, and now we’re going to add the Olympics and you’ve got The Ryder Cup or the Presidents Cup, plus the FedExCup for us, and that’s a lot of weeks travelling back and forth, a lot of time zones.

“To me, the four majors are definitely more important, and the FedExCup, too, is a goal of mine. We’ll see where everything else falls.”

Johnson added: “Schedule is always a big part of your season. You sit down at the beginning of the year just to kind of see, what events fall where. But everybody is different on the amount of events they like to play in a row or how many weeks they want to have off, when they need time off.

“It’s something you constantly battle every year, making a good schedule that fits you. Obviously Olympic year is more difficult just because of the way the schedule falls, and obviously it’s an extra tournament that’s in the season, so they moved some things around.

“Representing the United States in the Olympics is something that I definitely would be proud to do, but is it going to fit in the schedule properly? I’m not really sure about that.

“There are so many events that are right there and leading up to it. So, you know, I’m still working with my team to figure out what’s the best thing for me to do.”