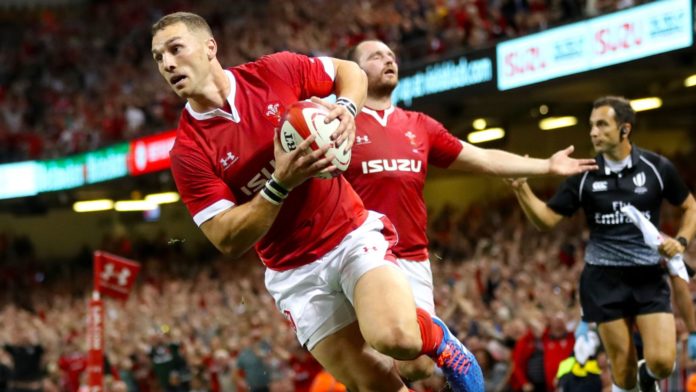 Stephen Jones believes Wales have some “good options” in midfield ahead of Saturday’s Six Nations opener against Italy.

Wales have lost Scarlets star Jonathan Davies from their entire Six Nations campaign after he suffered a knee injury during the World Cup.

“George has fitted in at centre a few times in training,” Wales attack coach Jones said. “We’ve got some good options there. We are just trying to be as smart as we can, getting our best runners on the ball at the right times in the right channels so we can be potent with the ball.

“Owen Watkin trained with us this morning, so he is doing very well. Today was his first session and he is working particularly hard with the physios.”

Wales last week lost wing Owen Lane from their plans due to a hamstring injury, and hooker Elliot Dee has had a limited role in the build-up to facing the Azzurri.

But there appear to be few issues elsewhere, with the likes of Louis Rees-Zammit, Johnny McNicholl and number eight Taulupe Faletau all training.

Rees-Zammit has scored 10 tries in 12 appearances for Gloucester this season, with that form fast-tracking him into Wales’ Six Nations squad.

Jones added: “He is a wonderful talent, and we’ve already seen that with his performances for Gloucester. He’s very, very exciting on the ball, with a huge amount of gas. He is a pleasure to work with as well. He is a good person who wants to better himself.”