Home World 3M is cutting 1,500 jobs in a global restructuring 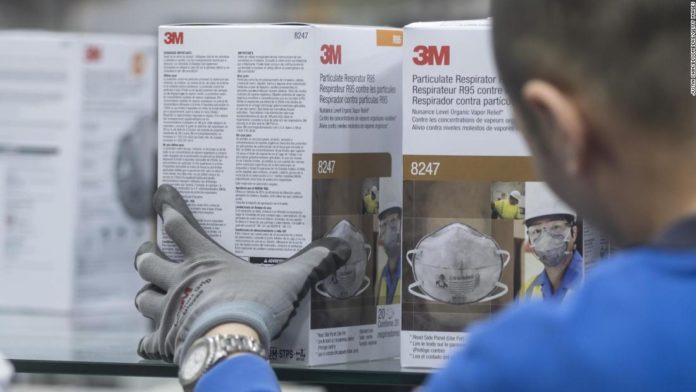 3M reported the job cuts, which amount to a little more than 1.5% of its total employee count of 96,000, in its fourth quarter earnings release Tuesday.
The company reported sales and earnings that missed forecasts and issued an underwhelming outlook for 2020. 3M, best known for making Scotch tape and Post-it notes, was among the worst-performing stocks in the Dow last year.
Shares of 3M (MMM) tumbled more than 2% in early trading on the news. 3M also said Tuesday that it took a pre-tax restructuring charge of $134 million in the fourth quarter because of the job cuts. But the company is forecasting pre-tax savings of $40 to $50 million this year from the restructuring.
The company has been hit hardest hit by the lengthy trade spat between the United States and China. The company first said in October 2018 that trade tension with China would be a problem, and it’s only gotten worse since then.
Last April, 3M shares plunged 13% in one day — its worst fall in three decades — after the company said weakness in China and a strong US dollar were hurting sales and earnings. 3M lowered its outlook at the time and said it was cutting 2,000 jobs.
Even though the dollar has since cooled off and the US and China have signed a phase one trade deal, 3M is still struggling. The company’s sales fell in both Asia and Europe during the fourth quarter.