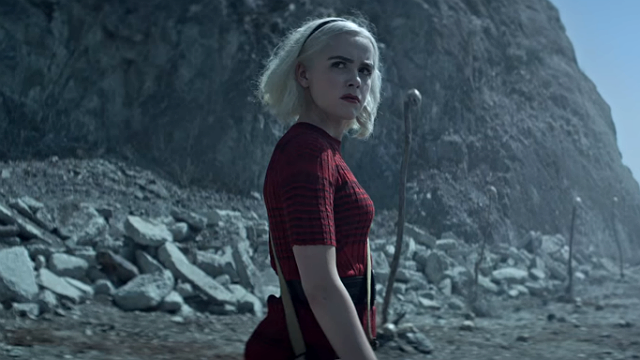 Lilith brought the court to the Academy and declared in front of everyone that the source of the coven’s problems was Sabrina’s refusal to accept the throne absolutely. Sabrina accepted the challenge to bring back the second of the Unholy Regalia, Pontius Pilate’s bowl. Lilith knew that it was in Golgotha, stuck in a time loop. Sabrina used water that surrounded the fish egg to transport herself into the time loop. Pontius Pilate, Barrabas, and the centurions were stuck in the loop, doomed to relive the condemnation of the Nazarene. Anyone that entered the loop would die moments after Pilate washed his hands in the bowl.

Caliban had also been captured in Golgotha. He accepted the hundred lashes as he was made of clay and couldn’t bleed. Sabrina switched places with Barrabas, who couldn’t bear to be pardoned again, and got her hands on the bowl. She left Caliban in Golgotha as she returned to the present with the bowl.

Life in the Stones 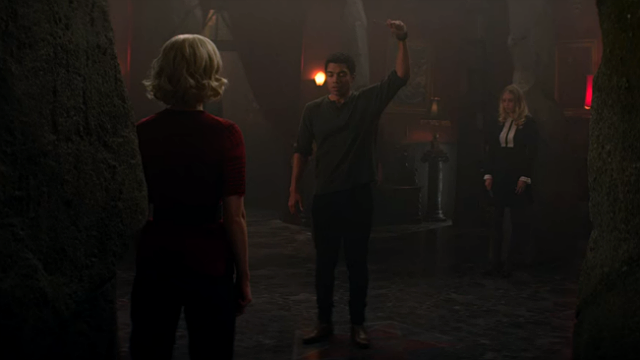 Ambrose and Prudence tried to find out what happened to Dorcas and Agatha. Prudence saw that the man from the carnival was the great god, Pan. A look from him could drive people crazy. With Dorcas, Ambrose used a tuning fork. He realized that they could use the henge stones buried in the woods to send a message to the Satanic witches that had been cast out of society to aid them in their fight against the pagans. While the coven was sending out their message, Agatha destroyed a stone under Lucifer’s influence. Though they believe the message hadn’t gotten out, several witches, including Gryla and Mambo Marie, arrived. Gryla and the other witches were angry about being summoned. 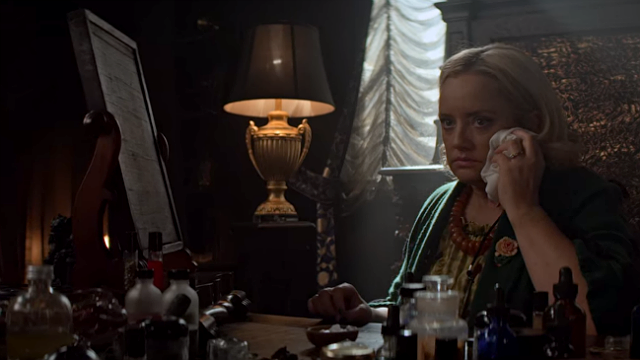 Lucifer told two students to defect to the pagans, but Pan killed Elspeth as a sacrifice to the Green God. Harvey also fell to Lucifer’s influence and got boys from the baseball team to destroy the carnival. Circe turned them into pigs. Robin wanted to come clean to Theo and Harvey about his involvement with the pagans.

Meanwhile, Hilda was turning into a spider as part of a curse from Circe. She wore a glamour and went to see Dr. Cee.

Nick would undergo a magical rehab process. Ambrose used the fish egg to cram thirty days of rehab into one day. While under the process, Sabrina and Ambrose extracted Lucifer’s residue from inside him. After Nick completed the process, Sabrina wanted to go back to how they were before. Unfortunately, Nick broke up with her, needing space after what he’d experienced.