Home World How Archaeologists Know Where to Dig

Growing up in 19th-century rural Germany, 7-year-old Heinrich Schliemann declared he would discover the ruins of Troy, the besieged city in Homer’s Greek epic, the Iliad. His father dismissed the ambition, deeming Troy a fantasy. But the boy replied, “if such walls once existed, they cannot possibly have been completely destroyed: vast ruins of them must still remain, but they are hidden away beneath the dust of ages.” Or so Schliemann recounts, in later autobiographical writing.

The childhood boast is impressive, but it hints at a larger problem when searching for the remnants of lost peoples and civilizations. How do archaeologists know where to dig?

Schliemann, at least, seems to have figured it out. In the late 1800s as a retired businessman with a self-made fortune, Schliemann found the site of ancient Troy in present-day Turkey. Schliemann located the city thanks to geographic descriptions in the Iliad, plus his obsessive drive, surplus wealth and good luck. 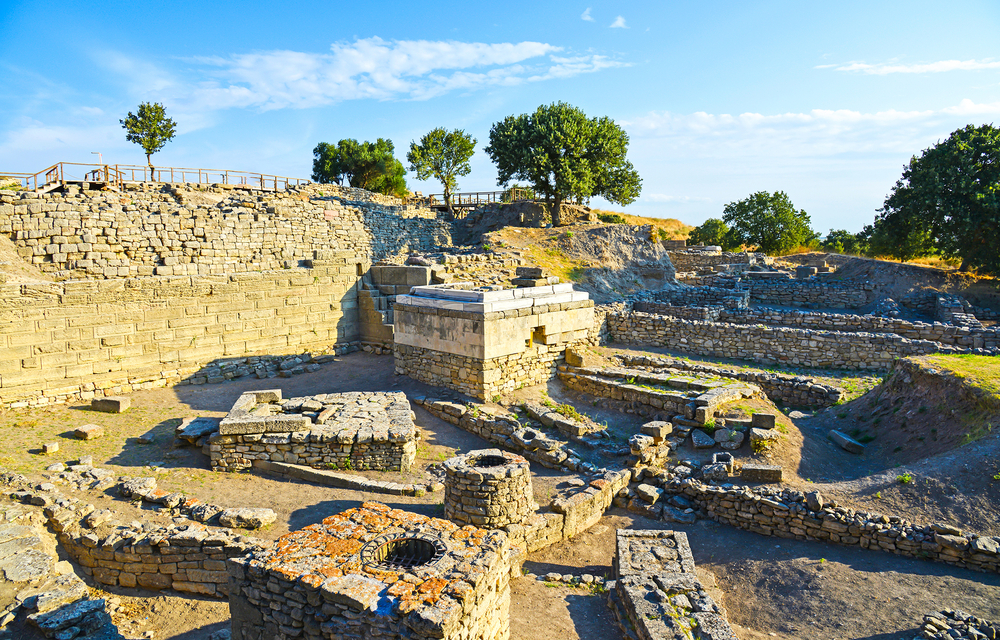 The ruins of the ancient city of Troy. (Credit: Lillac/Shutterstock)

His tactics weren’t necessarily unusual: Ancient texts have led archaeologists to other discoveries. Medieval Viking sagas helped archaeologists find 1,000-year-old sites in Newfoundland, Canada — the oldest traces of Europeans in North America (some 500 years before Columbus). And the Bible has guided digs in the Near East. Even works of fiction, mythology and religion may refer to places that really existed.

But few societies left written records. Texts are no help in locating remains from most humans, or pre-human ancestors. Instead, archaeologists must often search for clues written in the landscape.

So how do they choose a spot likely to harbor ancient remains? The short answer is: a combination of high-, low- and no-tech methods. Some sites are located through systematic research; others are stumbled upon by chance.

If you’re keen on finding something, here’s a how-to guide from Archaeology 101.

Generally, archaeologists search for subtle indicators of buried sites, such as potsherds peeking out of the soil or grassy mounds in otherwise flat terrain. To survey regions for these clues, they use images or data collected from above — by satellites and aircraft — and below the surface, using methods like ground-penetrating radar.

Or, researchers do good old-fashioned footwork. In what’s known as a systematic survey, they walk a landscape, in orderly paths, looking for surfaced artifacts and other hints of underground sites. Researchers plot finds with GPS to produce maps, revealing areas with lots of artifacts — a good clue for where to dig.

Surveys may cover a small region, but thoroughly. For example, in the 1990s researchers spent five years scouring an area of just 2.5 square miles on the Mediterranean island of Cyprus, recording artifacts from the past 5,000 years. By the study’s end, they counted 87,600 potsherds, 3,092 stone artifacts and 142 promising dig sites.

This kind of ground reconnaissance is relatively low-tech, but effective. Plus, it’s great exercise. The challenge is knowing what to look for. It takes experience to distinguish, say, between an ordinary rock and a stone tool, or between a natural hill and grass-covered ruins.

If walking back and forth for days (or years) sounds tedious, you could also try the aerial approach. Using space and airborne remote sensing, archaeologists often identify archaeological features using datasets collected by satellites, planes and drones.

A bird’s eye view makes it easier to spot certain landscape features caused by buried remains. For example, plants will grow thickly above buried wooden structures, and more sparsely above stone. Comparing these to regular vegetation can be a hint of something below. But the contrast may only be discernible from above, and becomes starker during dry spells. Amidst a 2018 drought, for example, a drone flying over wheat fields in Ireland captured the outline of a roughly 5,000-year-old monument, similar to Stonehenge but made of timber. The circular image in the crops was had never been seen before, and disappeared after the drought was over. 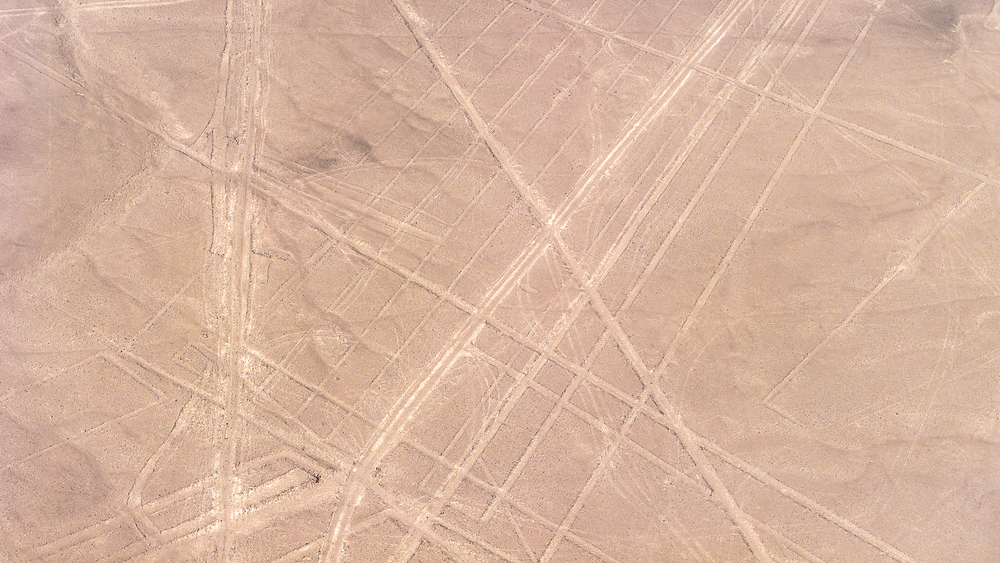 The Nazca lines, ancient formations built by humans and only visible from above. (Credit: Anton_Ivanov/Shutterstock)

Unfortunately, in densely forested areas satellite photos will only show treetops. In these regions, archaeologists have benefited from LiDAR, or Light Detecting and Ranging, one of the newest tools in remote sensing. Flown over a landscape, the instrument sends non-destructive laser pulses to the ground and measures the reflected beams. The data creates a detailed 3D map of terrain, with vegetation digitally removed. The ability to see through trees in this way has led to tremendous discoveries. For instance, a team using LiDAR in Guatemala recently found

The Maya city of Caracol. It was once covered in thick vegetation, making it difficult for archaeologists to find. (Credit: Mehdi Kasumov/Shutterstock)

After archaeologists identify a promising area, they need to select a specific spot to excavate. For this, they usually dig test pits or take cores — small probes into the ground to determine what’s really down there.

There are also a number of ways to peek underground digitally without digging, including ground penetrating radar (GPR) and electrical resistivity. The latter works for the same reason that plants grow more or less lushly over different materials. Underground features like a grave or wooden foundations will make soil damper, so it will conduct electricity more easily than dry, stony ground. For these geophysical methods, researchers drag instruments on little trolleys across the area of interest. The devices collect data on subsurface anomalies — suggesting perhaps a wall, structure or burial.

Despite the efforts of archaeologists, many sites are discovered accidentally by non archaeologists — including some of the most famous. Farmers digging a well unearthed the 2,000-year-old , the Great Temple of the Aztec Empire, right beneath the streets of Mexico City. Construction projects often run into ancient remains, and most countries have laws to ensure archaeologists are called in when that happens.

You never know what lies below. But before they dig, archaeologists usually have a good idea.