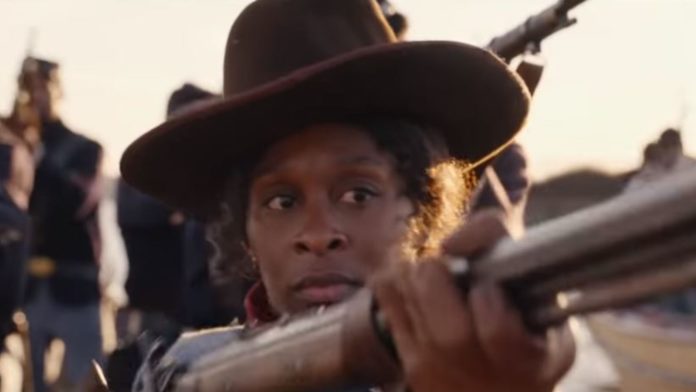 Stephen King has acknowledged the Oscars are “rigged in the favour of white people” after coming under fire for previous comments about diversity.

Writing an essay for The Washington Post, the author said that while progress had been made in terms of the demographic of Academy Awards voters, it is still “not even within shouting distance of good enough”.

He also raised the question of whether voters actually watch “all films in serious contention”.

Once again, this year’s best director category features an all-male line-up and there is only one non-white actor nominated in the acting categories.

Amid the criticism surrounding the announcement of this year’s shortlists, King – who is able to nominate in the best picture, adapted screenplay and original screenplay categories – said in a tweet that the issue of diversity should not be a factor for Oscar voters.

In his article, King said he is now addressing the issue after finding himself “in the social media version of the stocks”.

“I would never consider diversity in matters of art. Only quality. It seems to me that to do otherwise would be wrong,” he said in his original tweet.

King said in his essay he is “old enough to remember when there were only a handful of African-American directors and about the only female director in Hollywood was Ida Lupino”, so there has been “some” progress in the film community.

Citing director Greta Gerwig’s new remake of Little Women as “astoundingly good”, the author went on to say we need to look at the demographic of voters – mostly white and male – for answers as to why some “talented artists” are nominated and others are not.

…I would never consider diversity in matters of art. Only quality. It seems to me that to do otherwise would be wrong.

He said the situation is “better than it was, certainly,” and that the Academy should be given “credit for trying to catch up… but not too much credit”, pointing to the nine nominees in the best picture category.

“Of the nine films nominated for Best Picture this year, the majority – The Irishman, Ford v Ferrari, 1917, Joker and Once Upon A Time… In Hollywood – are what my sons call ‘man-fiction’. There are fights, guns and many white faces.”

Writing about whether voters watch all films that are serious contenders, he said: “There’s no way of checking how many voters actually do, because viewing is on the honour system… Just asking the question.”

King concluded by saying his attitude is that “judgements of creative excellence should be blind… in a perfect world, one where the game isn’t rigged in favour of the white folks”.

“We don’t live in that perfect world, and this year’s less-than-diverse Academy Awards nominations once more prove it. Maybe someday we will. I can dream, can’t I? After all, I make stuff up for a living.”

This year’s Oscars shortlists feature the least diverse line-up since the #OscarsSoWhite backlash in 2016, after which the film academy diversified its membership.

High profile potential contenders to miss out on nods included Us actress Lupita Nyong’o and The Farewell’s Awkwafina, as well as Just Mercy star Jamie Foxx and Eddie Murphy in Dolemite Is My Name.