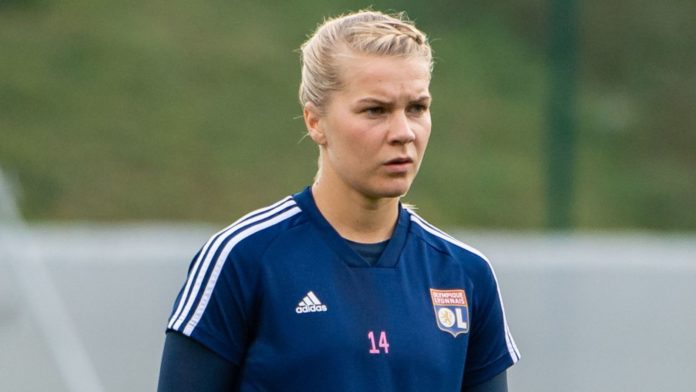 European champions Lyon said the Norwegian striker ruptured her anterior cruciate ligament in a training session. An operation will be scheduled within days.

“This is a setback for me,” 24-year-old Hegerberg wrote on her Twitter account, “but I’m going to work through this with all my heart and energy. The best is yet to come.”

So here it is. I ruptured my ACL this weekend. This is a setback for me, but I’m going to work through this with all my heart and my energy. The best is yet to come. YOU’LL SEE ME SOON! ?? pic.twitter.com/4Mdd005bW2

She won the inaugural women’s Ballon d’Or award in 2018 as the world’s best player. She was widely praised for refusing a request to dance on stage at the ceremony in Paris.

Her injury ruled her out of Sunday’s 5-0 win over Reims. Lyon lead Paris Saint-Germain by three points at the top of the standings.

Ajayi: Mahomes is the new GOAT

Ajayi: Mahomes is the new GOAT

‘We are so in love with him’: Dani Dyer reveals the...

An essential guide to Apple HomeKit