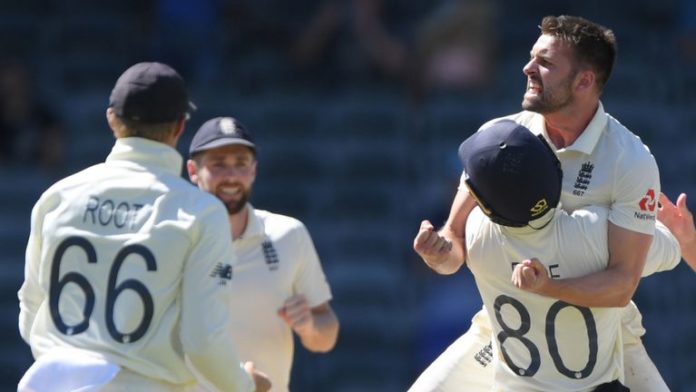 England’s Test team have been poor travellers of late, save for when visiting South Africa and Sri Lanka, so perhaps winter assignments to both destinations was exactly what they needed.

After an almighty scare against Ireland and a drawn Ashes last summer and then a 1-0 defeat in New Zealand pre-Christmas, England headed into the series in South Africa with plenty of holes in their line-up.

Yet, having thumped an admittedly struggling South Africa and made it two series wins in a row on Proteas soil, many of those gaps have been plugged.

Soon Joe Root’s team will be off to Sri Lanka, looking to repeat their whitewash win on the island in late 2018 and seal back-to-back away triumphs for the first time since 2010-11, when they followed beating Bangladesh with Ashes success in Australia.

Regaining the urn down under in 2021-22 is a chief goal – the template for that is big runs and blistering bowlers, which England now seem to have.

They made it successive scores of 400 in the first innings of a Test as they crushed South Africa in Port Elizabeth and Johannesburg. True, their total of precisely 400 at Wanderers was reached as Mark Wood and Stuart Broad thrashed 82 for the 10th wicket but their openers proved pivotal.

Dom Sibley and Zak Crawley have now posted three first-wicket stands over fifty in a row, with their century partnership in Johannesburg England’s first for an opening pair since 2016 and first in the first innings since 2009.

They came together after Rory Burns injured his ankle playing football ahead of the second Test – but not before hitting 84 in the defeat at Centurion in the first. He probably remains inked in as opener when fit, although that will not be until the English summer with the Surrey man to miss Sri Lanka in March as he recovers from surgery.

Sibley and Crawley have impressed in his stead, though.

Sibley scored his maiden Test ton in Cape Town after doing exactly what he has become famed for in county cricket – batting long and batting big – with the 24-year-old’s unbeaten 133 coming from 311 deliveries.

Crawley’s top-score is 66, though he will feel he missed out on a ton at Wanderers having batted with class and composure, and shrugging off a nasty blow on the helmet, until he ballooned Vernon Philander to slip.

The Kent star, not 22 until early next month, is more adventurous than Sibley, more of an all-round-the-wicket-player, and Nasser Hussain has been impressed by his intention to score and ensure England do not get bogged as they look to set a platform for an expansive middle order, which features captain Root and the in-form Ben Stokes.

Ollie Pope is part of that engine room – he is flourishing at No 6 and becoming another reason why England are posting high totals.

The Surrey man, another whippersnapper at 22, propelled his side up to 269 with an unbeaten 61 full of nous and invention in Cape Town after England followed their Centurion defeat with another sluggish start.

Pope then registered his maiden Test century in Port Elizabeth as England declared on 499-9, before hitting another fifty in Johannesburg after the tourists had stuttered from 107-0 to 157-4 once Sibley and Crawley’s century stand had been broken, lifting his Test average towards fifty.

Michael Atherton has described Pope as “the new Joe Root”, while Hussain has been hailing his off-side game for a while now. With his array of innovative strokes, it may not be long before Pope is a fixture in England’s white-ball side as well as their red-ball one.

With builders up top and belligerence in the middle, England may be able to rack up totals that will put Australia under pressure. They may have the pace to rock them, too.

England were blown away by the tearaway trio of Pat Cummins, Josh Hazlewood and Mitchell Starc as they tumbled to a 4-0 defeat in 2017-18 but could have a potent pace arsenal of their own next time, not the 80mph attack that tried in vain in the drubbing a few years back.

Wood and Jofra Archer in tandem is something England have yet to accomplish in five-day cricket with the latter’s right elbow issue keeping him out of the final three Tests in South Africa.

Wood bowled rockets in the last two after playing his first red-ball games since February, picking up a nine-wicket haul in Johannesburg and, according to CricViz, sending down the second-quickest wicket-taking ball by an Englishman when his 94mph howitzer accounted for Pieter Malan.

So Wood’s speed was up and so was his stamina as he managed back-to-back Tests for the first time since 2017, albeit that he probably would not have been risked had Archer not suffered a setback on the eve of the game.

Wood and Archer steaming in together, though, is something vice-captain Stokes is already looking forward to when England go in search of just a second overseas Ashes win since 1986-1987.

“It would be very, very exciting to see what would happen in Australia having Woody and Jofra on the pitch at the same time,” said Stokes.

“To have them in the same attack brings out the best in both of them. If they are both fit and raring to go when we go out for the Ashes, then that will be good. We are obviously building for that series.”

Captain Root added: “There’s a long way to go between now and then, but [Archer and Wood] would have made a big difference last time, I do believe that. Pace is something you need in those conditions.”

Root may still be deciphering how to get the best out of Archer but, despite taking only one wicket in two Tests in New Zealand and not looking at his very best when he claimed a five-for in Centurion, the 24-year-old has shown a variety of skills in his embryonic Test career, one which has yielded 30 wickets in seven games at 27.40, including two six-fors.

No one can forget the searing spell he bowled to Steve Smith at Lord’s which culminated in the great Australian batsman being felled but, in the follow-up game in Leeds, his six-for was more down to skill than speed.

It is his speed, though, and that of Wood that might give England a realistic chance of taking down Australia, especially if those two are not the only 90mph-plus pacemen in the touring party and rotation is an option.

Chris Silverwood has earmarked Olly Stone and Jamie Overton as Ashes contenders, and Henry Brookes and Saqib Mahmood may be on the radar, too, as England look for a battery of speedsters rather than a brace.

Yes, there are still issues for Silverwood and Root around the wicketkeeping and spin-bowling spots, but with the batting line-up finally firing and a pace attack with fire, England could make a much better fist of this away Ashes bid than the last, especially with their greatest asset set be available.

Stokes, who missed the 2017-18 tour after the Bristol fallout, may have made a difference last time out but you suspect he definitely will next time, having taken his game to an astonishing level since returning.

A talisman in all departments, capable of swinging a game with a remarkable catch, a superb spell of bowling and, as Australia know all too well, an outstanding innings with the bat.

Watch England’s Test tour of Sri Lanka in March live on Sky Sports. Before that, catch the white-ball side in action in South Africa, starting with the first ODI, in Cape Town, from 10.30am next Tuesday.