Home Culture Nike sells out of all Kobe Bryant gear 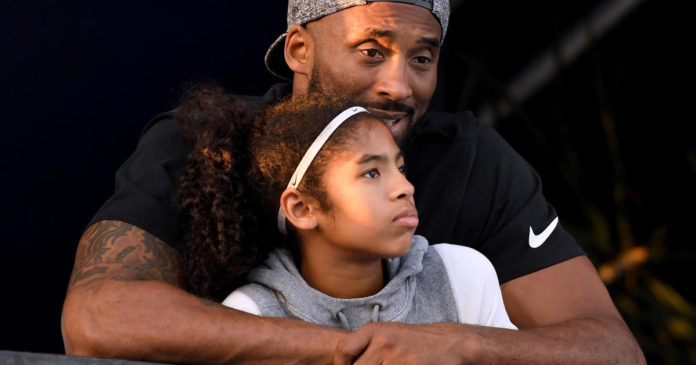 Sports fans looking to buy Kobe Bryant related merchandise from Nike won’t find any products available because the company has run out of Bryant jerseys, shoes, t-shirts and more, a company spokesman confirmed to CBS MoneyWatch on Tuesday.

A Nike spokesman could not say when Bryant merchandise would available online again.

Earlier reports Tuesday indicated that Nike purposely removed Bryant gear while company officials internally contemplated how to comment on the basketball star’s death. The Nike spokesman said the company didn’t take any merchandise off the market and officials aren’t talking publicly about what will happen once Nike is restocked with Bryant-themed apparel.

When searching for Bryant merchandise on Nike’s online store, customers are redirected to a company statement on his impact on basketball and beyond.

“He was one of the greatest athletes of his generation and has had an immeasurable impact on the world of sport and the community of basketball,” Nike said.

Bryant, who spent 20 seasons as a Los Angeles Laker, died Sunday while traveling in a private helicopter that crashed into a hillside in Calabasas, California. His daughter Gianna, a 13-year-old budding basketball player, also died.

Since Bryant’s death, basketball fans have struggled to find his Los Angeles Lakers jersey. The jersey was unavailable for most of the day Monday on the NBA’s online apparel store. The website eventually began selling his jersey for $300. Bryant’s jerseys were completely sold out at the league’s flagship store in Manhattan. Customers who visited the store hoping to buy a jersey were told none were left.