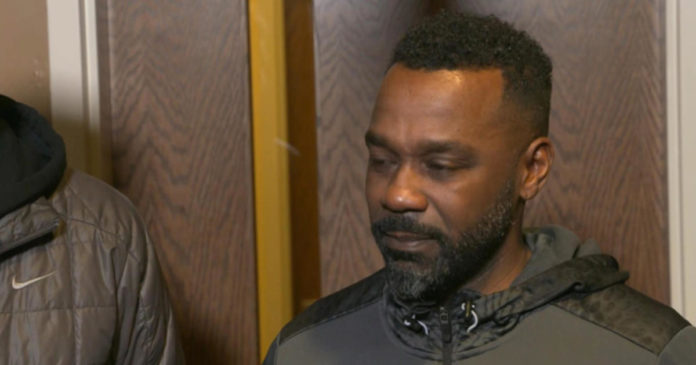 The basketball teams at Lower Merion High School in Ardmore, Pennsylvania, will hold 33 seconds of silence at their games Tuesday in honor of Kobe Bryant’s high school jersey, number 33. The basketball legend went straight from Lower Merion to the NBA when he was 17 years old.

During his four years playing at Lower Merion, he stood out from the other players, said Jeremy Treatman, who first covered Bryant as a reporter and later became one of his assistant coaches.

Bryant, himself, described how committed he was in a video from the time. “I want to win a state championship, so when the season rolls around, I’ll be more focused than ever,” he said.

He went on to lead the boys’ basketball team to its first state championship in more than a half a century.

“We walk past his trophy case every day and we never really expected it would happen this soon, and there’s a loss for words for everybody,” said Alexis Hunter, a Lower Merion junior.

Guy Stewart, who played basketball with Bryant for three high school seasons and considered the two to be brothers, said he couldn’t believe the news when he heard Bryant had died in the helicopter crash Sunday.

Bryant “had so much more to live for,” Treatman said.

“I don’t know anybody more successful in their field, that I’ve ever met personally, than Kobe Bryant,” he said.

Asked if he feels lucky to have known Bryant, Treatman said, “I do. He inspired me.”