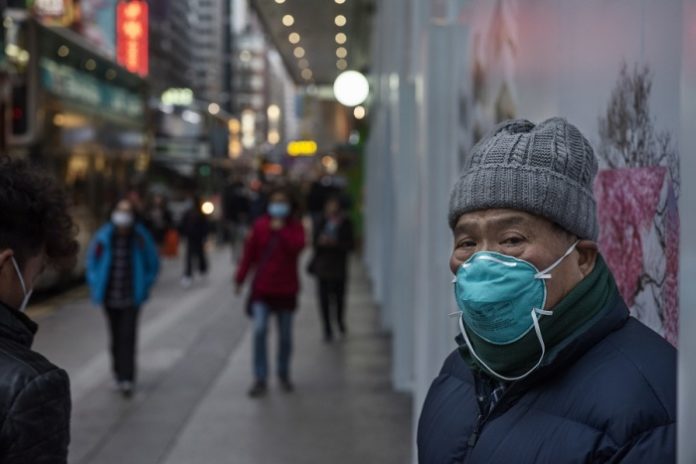 Hong Kong will drastically cut cross-border travel between the island city and mainland China as a new coronavirus continues to spread.

More than 100 people have now died in and around Hubei province, the epicentre of the outbreak.

Confirmed infections have also surged to more than 4,500, with reports of cases in as many as 16 other countries around the world.

High-speed trains and ferries that cross the border between mainland China and Hong Kong will be suspended from Thursday, Hong Kong leader Carrie Lam announced.

Flights to mainland China from Hong Kong will also be halved.

Tens of millions of people visit the island city from mainland China every year, but numbers were down in 2019 following pro-democracy protests.

“The flow of people between the two places needs to be drastically reduced,” added Lam.

On Monday, Germany and Japan confirmed that they had cases involving people who had not travelled to China but caught the virus from someone who had.

As numbers continue to rise, the British Foreign & Commonwealth office has begun to advise against all but essential travel to mainland China.

Wuhan, as well as the wider Hubei province, are already effectively in lockdown with strict transport restrictions in and out of the area.

Wearing masks in public is now mandatory in some Chinese cities.

Following the news that Hong Kong is restricting its borders Ben Cordwell of GlobalData warned of a strong impact on the tourism sector.

He said: “As reported cases of the coronavirus increase and spread far beyond China, concern within the global tourism industry is understandably peaking.

“Travel stocks were among the biggest losers on global markets yesterday as the realization of the damage that would be caused by a long-term reduction in both inbound and outbound tourism through China dawned on investors.”

This accounted for 12.2 per cent of all outbound travellers globally.

Furthermore, the Chinese outbound market was the second highest spending in 2019, with expenditure of $275 billion.

Cordwell added: “These figures highlight the importance of the Chinese market on the tourism industry and are a stark warning of the economic impact the coronavirus could have.

“We have already seen changes in travel advice from the likes of the UK and US, while restrictions have been put in place within areas of China.

“Any increase in domestic and international travel restrictions, as well as increasing apprehension from travellers, could mean a significant decline in global tourism if the spread of the virus continues to exacerbate.”

The World Travel & Tourism Council earlier warned the outbreak could have a disastrous long-term impact in the market in China if it is not addressed quickly.