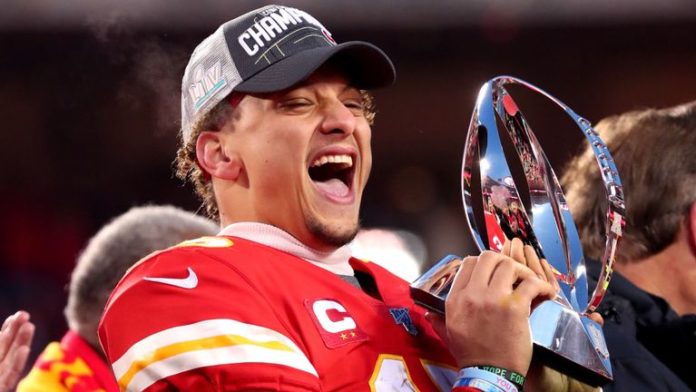 The 49ers’ offense has averaged 235.5 rushing yards per game so far in the playoffs

Tyrann Mathieu is bracing himself for a huge test when he and the Kansas City Chiefs strive to contain Kyle Shanahan’s San Francisco 49ers offense in Sunday’s Super Bowl.

Alongside their explosive defensive front, the 49ers flaunted the No 2 ranked rushing offense in the league courtesy of Raheem Mostert, who led the team with 772 yards and eight touchdowns on the ground, Matt Breida and Tevin Coleman.

At the helm of their multi-faceted threat on offense is Shanahan, who has learned from a plethora of great offensive minds en route to his first head coach role.

“A creative genius in a sense,” Mathieu told the media when discussing Shanahan in Tuesday’s press conference.

“And they find ways to get good leverage on you – they motion a lot, they disguise, they window dress things a lot. And I think they have the right players in the right spots, you know?

Do you know your 49ers from your Chiefs? Put your NFL knowledge to the test with our ultimate Super Bowl quiz!

“They run a lot of wide receiver reverses, wide receiver screens and I think Deebo Samuel is one of the best receivers at doing those things.

“They have a three-headed monster in the backfield – I think those guys are underrated, feel like all three of those guys can really, you know, wreck a football game and I think Jimmy G (Garoppolo) is playing good football right now and obviously (George) Kittle will be a tough challenge.”

Garoppolo threw just six passes for 77 yards and zero touchdowns as Mostert’s four-touchdown performance led the 49ers to victory over the Green Bay Packers in the NFC Championship game.

Ahead of Super Bowl LIV, Sky Sports’ lead NFL writer James Simpson guides you through the madness in Miami…

Reid explained: “I wouldn’t slight Jimmy (Garoppolo) because Jimmy can throw the ball when needed.

“You look at Jimmy’s percentages and passer rating over the last couple of years here, it’s up there, in really every situation and so as well as they run the football and as well as they make you honour every gap and every zone on the field, you can’t slight the pass game either.”

While his safety and head coach recognised the 49ers’ talents, the Chiefs’ star quarterback Patrick Mahomes underlined his side’s ability to win from multiple positions.

This was evidenced during the Divisional Round when the Chiefs came from 24-0 down against the Houston Texans to win 51-31 after seven-straight touchdown drives and 41 unanswered points.

How do you prepare for a Super Bowl?

Ahead of Super Bowl LIV, two former winners – Lane Johnson and Jason Kelce – told Sky Sports what preparing for the big game is like.

The reigning MVP and his Chiefs offense are tasked with finding a way past a 49ers defense that ranked first against the pass during the regular season.

Mahomes added: “The best thing about this team is we’ve learned how to win different ways, as far as scoring early, scoring late, defense stopping us and us just scoring enough and so being able to plan every type of football game has prepared us to go out there and win in whatever way possible.

“They have the guys that are power rushers, they have guys that are speed rushers and they have everything in between and so for us we understand it’s going to be a great challenge playing up against this defense.”

“You’ve got to come out and be on the attack but the biggest thing is no dropped balls, no penalties – the things that really hurt us (in the divisional and AFC Championship games).

“Just coming out mistake-free really and being able to match the energy and the hype of the game knowing that, you know what? Everybody’s going to be wired up, fired up and ready to play and the game’s going to be a little bit faster than usual.”