Home World A24 & Silver Reel in Bidding War Over Under the Skin TV... 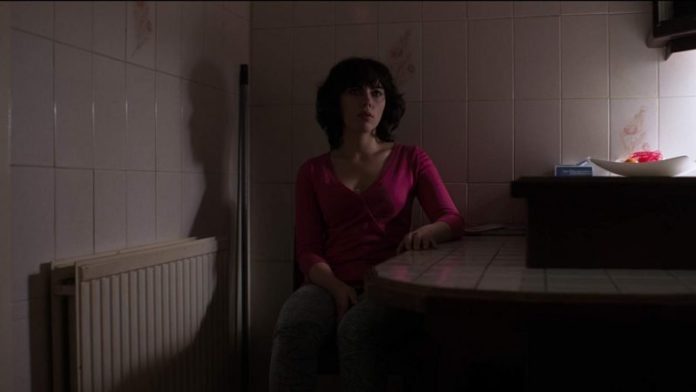 It has already been more than five years since Jonathan Glazer’s Under the Skin had its U.S. theatrical release in 2014, and now Deadline brings words that A24 and Silver Reel are currently in a competitive bidding war against each other for the rights to the potential TV series adaptation of the Scarlett Johansson-led sci-fi film. A24 was the film’s North American theatrical distributor with Silver Reel as one of its financiers along with FilmNation Entertainment.

The outlet notes that Silver Reel (The Wife) has been trying to develop an Under the Skin TV spinoff for years while A24 (Room, Ex Machina) has only entered the negotiations late last year but has been continually working with Glazer and the film’s producer James Wilson on their next feature drama about the Holocaust. Glazer and Wilson’s involvement in the potential series will be discussed and finalized once the decision on where the TV rights will go to has been revealed.

Under the Skin was directed by English filmmaker Jonathan Glazer from screenplay adapted by Glazer and Walter Campbell, which was loosely based on author Michel Faber’s 2000 novel of the same name. Starring two-time Oscar nominee Scarlett Johansson, the film tells the story of an alien on earth, who is disguised as the perfect aesthetic form of a mesmerizing woman. She scours remote highways and desolate scenery looking to use her greatest weapon to snare human prey — her voracious sexuality.

The film had its world premiere at the Telluride Film Festival in 2013 but only had its U.S. debut in April 2014. Although it didn’t fared well at the box office, Under the Skin became an instant cult classic by receiving a lot of positive reviews from critics especially for Johansson’s incredible performance.