Home World A Rat with No Brain?

A new neuroscience paper bears the remarkable title of Life without a brain.

Although the title is somewhat misleading, this is still a rather interesting report about a unique rat who functioned extremely well despite having a highly abnormal brain. This case sheds new light on a number of famous examples of humans born with similar abnormalities.

According to the authors of the new paper, Ferris et al., the rat in question was called R222 and it was discovered unexpectedly during testing as part of a batch of rats taking part in an experiment.

R222 didn’t actually have no brain, but it had a highly abnormal brain anatomy. Its brain was actually twice the size of a normal rat’s, but much of it consisted of empty, fluid-filled space. 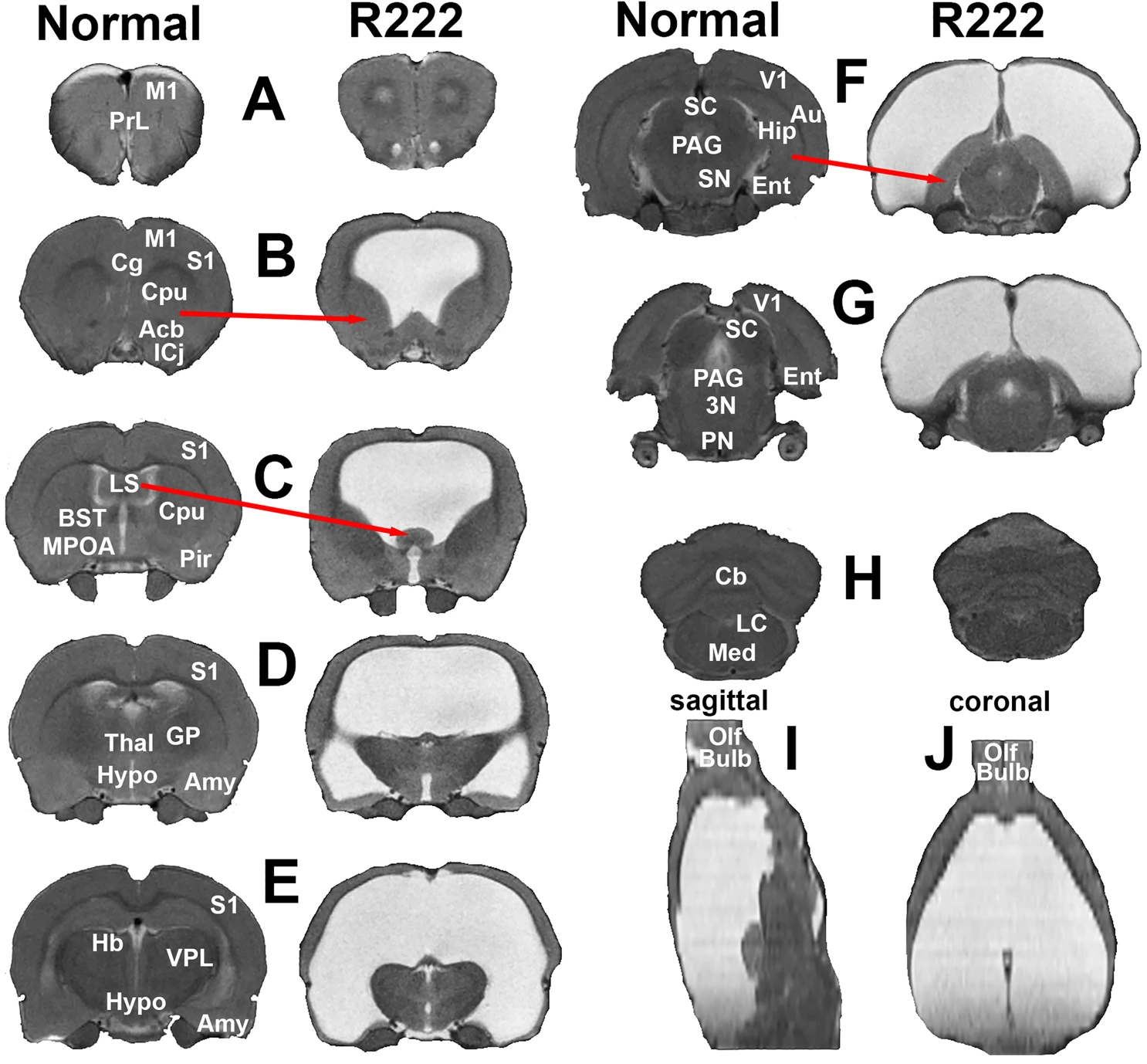 From “Life without a brain: Neuroradiological and behavioral evidence of neuroplasticity necessary to sustain brain function in the face of severe hydrocephalus” Sci Rep (2019) Ferris et al.

The cerebral cortex was limited to a thin sheet surrounding the fluid spaces, although the total cortical volume was – surprisingly given the images shown above – only slightly less than normal – 575 μL vs. the normal ~615 μL.

Despite the grossly abnormal appearance of R222’s brain, the rat seemed to suffer no major impairments. Ferris et al. say that “R222’s general health, appearance and body weight were no different from the other rats in the cohort.” The rodent’s motor skills and memory function were within the normal range, although it did seem to be highly anxious.

R222’s condition is known as hydrocephalus and it’s a disorder that can affect humans as well. Down the years, there have been a handful of famous cases of apparently normal, healthy people who turned out to have brains largely filled with water – much like R222. Here are some examples (image taken from this paper, which I blogged about previously): 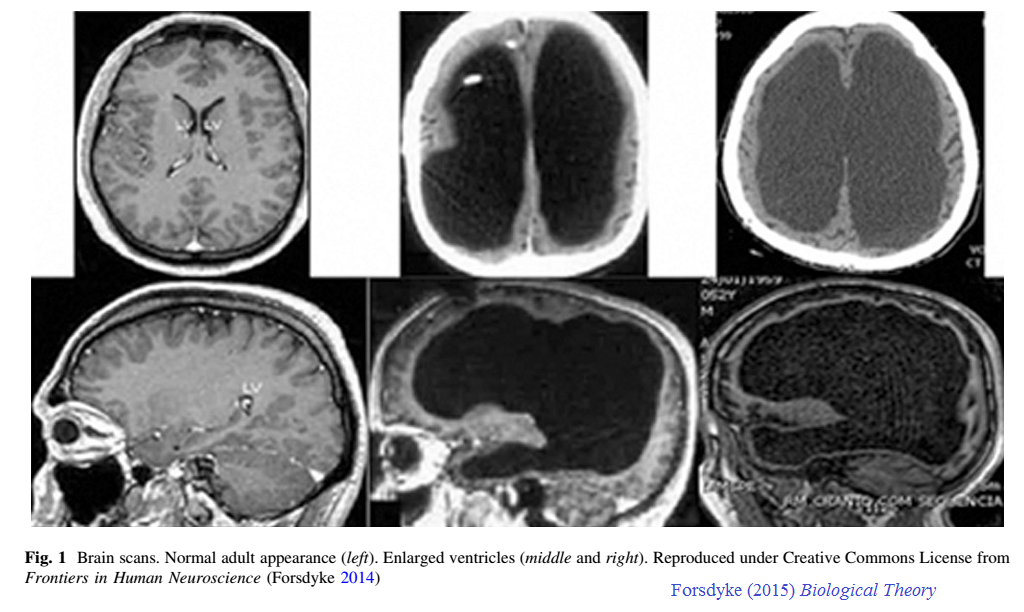 These dramatic examples of people with (close to) “no brains” have been of interest to neuroscientists and indeed philosophers and theologians. After all, if someone can live without a brain, this would seem to open the door to belief in an incorporeal soul.

So must we suppose that rat R222’s soul is what allowed it to survive “life without a brain”? Well, no, because R222, as we’ve seen, did have a brain, one which was surprisingly intact despite its strikingly abnormal appearance.

In the case of the famous human cases of hydrocephalus, the only evidence we have are the brain scans showing massively abnormal brain anatomy. There has never, to my knowledge, been a detailed post-mortem study of a human case. It might be therefore that the brain is more intact in these human cases than it first appears. As I wrote last time:

While the enormous “holes” in these brains seem dramatic, the bulk of the grey matter of the cerebral cortex, around the outside of the brain, appears to be intact and in the correct place – this is visible as the dark grey ‘shell’ beneath the skull. What appears to be missing is the white matter, the nerve tracts that connect the various parts of the cerebral cortex with each other, and with the other areas of the brain.

However, some white matter is still visible as the pale grey layer that borders the holes. The big question is whether this layer of white matter is sufficient to connect up the grey matter and allow it to function normally. There doesn’t seem to be much of it, but on the other hand, we really don’t know how much white matter is strictly necessary.

I wonder also if the white matter might be denser than normal i.e. if the fibers were packed together due to being gradually compressed by the expanding fluid spaces?