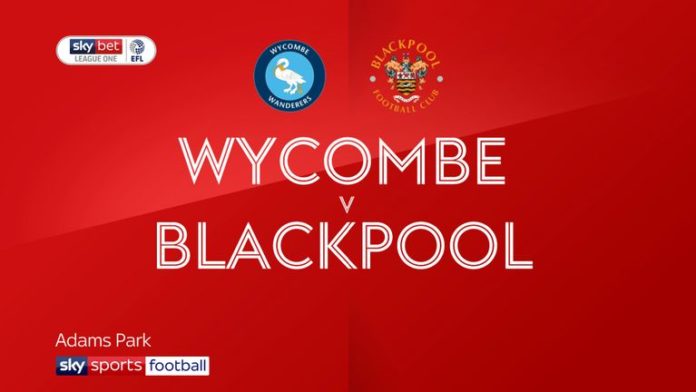 Early goals from Nick Freeman and Alex Samuel earned Wycombe a delayed 2-1 triumph over Blackpool to return to the automatic promotion places in League One.

Despite a late kick-off – after a male supporter in one of Adams Park’s lounges was taken ill – Gareth Ainsworth’s side had already made the game’s telling contribution by the 10-minute mark and though Leicester loanee Kiernan Dewsbury-Hall scored on his Blackpool debut late on, they held on.

The match was delayed by over an hour after a spectator was taken ill and had to be taken to hospital, with an air ambulance landing on the pitch.

But Wycombe showed no signs of cold limbs when the game finally kicked off at 8.50pm, Freeman converting from a Samuel cross to put the Chairboys ahead before Samuel turned scorer as he forced his way through to finish coolly past Mark Howard in the Tangerines’ goal.

The visitors went close through the left foot of Ollie Turton and the head of Joe Nuttall after half-time, but it was not until the 86th minute when they pulled one back.

Dewsbury-Hall unleashed a curling effort from outside the box which evaded the returning David Stockdale, but Wycombe stood firm for only their second win in eight.