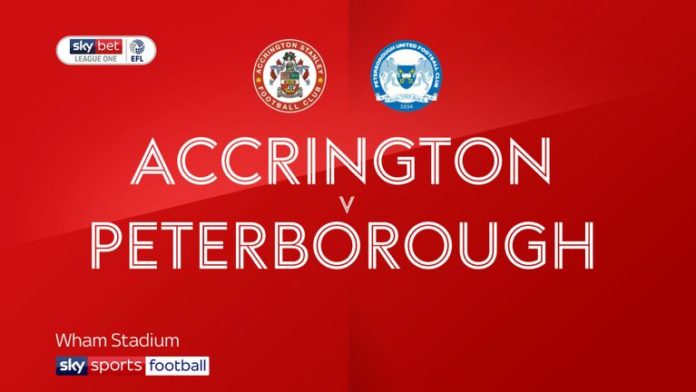 Szmodics, on loan from Bristol City, scored early on with Ward tapping home the second to make it three successive wins for Posh.

Stanley still haven’t managed a league win in 2020 as they fight near the bottom.

But the visitors opened the scoring after 11 minutes when Siriki Dembele broke and found Szmodics in space and his shot took a deflection off Mark Hughes and crept into the near post for his second goal in only his third game for Posh.

Joe Pritchard skied an effort in a good position for Stanley while home keeper Joe Bursik denied Frankie Kent and Szmodics before half-time.

Posh made it two after 51 minutes when Ivan Toney burst through and unselfishly squared to Ward, who fired home from 10 yards with Stanley appealing for offside.

Toney, who has 20 goals this season, had a couple of chances to get on the scoresheet as Peterborough comfortably held on for the three points.