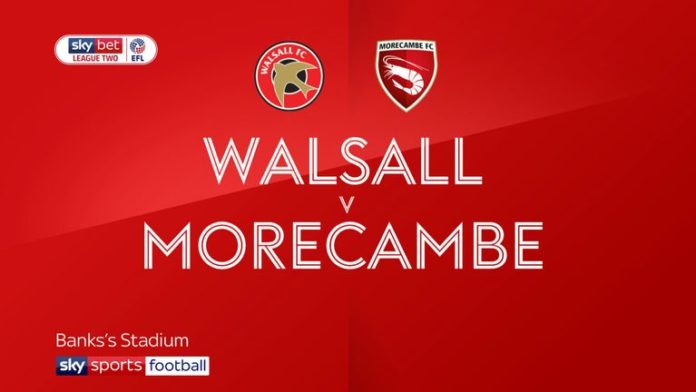 Relegation-threatened Morecambe claimed a priceless 2-0 win at Walsall to move four points above bottom side Stevenage.

Morecambe improved before the break and Adam Phillips strode into the box to graze the bar from an acute angle.

New Zealand international defender Old bulleted a header in off a post from Jordan Cranston’s 68th-minute corner to put Morecambe ahead.

Walsall, who drop to 14th, almost rescued a point in stoppage time but Dan Scarr steered Jack Nolan’s cross on to the post and Mendes-Gomes sprinted up the other end to tuck home from eight yards.