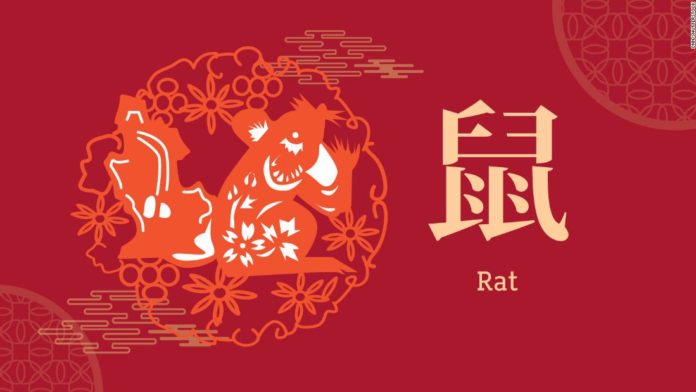 Hong Kong (CNN) — It’s the busiest time of the year for So Man-fung Peter, one of the most famous geomancy consultants in Hong Kong.

On the eve of Lunar New Year, which falls on January 25, many are anxious to get their fortunes told and hear insights into what the Year of the Rat holds.

Those who do enter So’s office might feel slightly disoriented. His oversized desk and elevated office chair dwarf whoever is sitting across from him — one of many decor choices made with feng shui in mind, to boost wealth and health.

“A feng shui master is like an interior designer,” So tells CNN Travel with a smile.

“If something feels off in someone’s home, I rearrange things so they will feel more comfortable.”

Wearing a fitted suit and a sleek, low ponytail, 60-year-old So is a master of various Chinese divination studies, including feng shui (the study of places and environment), face-reading, palmistry and BaZi (the reading of birth charts).

“When I was just a kid, I’d go to a second-hand bookstore on Shanghai Street and pick out books about face-reading from the mountains of other publications,” recalls So.

“In 1982, I was working in a hair salon when the boss introduced me to a Chinese divination master from Shanghai.”

He spent the next few years learning from the master and offering fortune readings at the Temple Street Market in Kowloon — in between stints as a lobster supplier.

“It was a fun time,” says So. “My friends would wait for me at my street stall — so we would go drinking and partying at Canton and DD Clubs afterwards.”

After traveling for six months in Tibet in 1987, So returned to Hong Kong and opened a shop selling Tibetan religious items and utensils.

“Shopkeeping could be boring,” he says. “So I put a sign up at the door saying I knew how to read fortunes. I made HK$8,000 [US$1,029] in the first month — which was quite a decent paycheck then — and was invited to go to the Scandinavia for feng shui consultancy work,” says So.

Word of his abilities spread and eventually he was seeing as many as 1,000 clients each year. At one point, there was an 11-month waiting list to get an appointment. He’s a household name, having made many appearances on Hong Kong TV shows and has even starred in movies.

The master attributes his success to a mixture of BaZi and his presentation skills.

How a feng shui master travels

Nowadays, So has slowed things down so he can have more time to pursue his passion for travel.

“Call me a travel-holic,” he says. “I have increased my prices so I am not as busy now and I can travel more. I traveled 137 days last year.”

So does a feng shui master travel differently? Sort of.

“I travel like everyone else except when it comes to hotel rooms,” he says. “I never stay in a room facing a construction site or the last room of the corridor — or in a dead end. It’s poor feng shui for health.”

Feng shui can be used to decode the energy of a place but it shouldn’t dictate where travelers should or shouldn’t go, he says.

“According to feng shui readings, destinations east of China, such as Taiwan, central Japan and the west coast of the United States, are overshadowed by a major star of illness this coming year. It means it is more prone to man-made and natural disasters.

“But you won’t be able to tell when it will strike. It shouldn’t deter you from exploring places you want to go — just pay extra attention when you’re going to these places.”

So’s no.1 travel tip, however, is completely unrelated to feng shui: “Bring your shabby suitcase and clothes with you so you don’t draw too much attention to yourselves — you can pretty much walk everywhere in the world with that combo.”

So says Hong Kong may have a more harmonious 2020.

Fortune predictions for the Year of the Rat

Chinese astrology and feng shui aren’t about changing your fate and predicting what exactly will happen, says So.

“They’re a calculation of probability and a study of statistics,” he explains.

“It’s about finding that law and flow of the universe. When you know how to calculate it, you can predict the trends for everything. If you’re enjoying a lucky streak, knowing that may give you the confidence and courage needed to start your own business,” he explains.

“If you’re plagued by bad luck, acknowledging it may help you avoid taking unnecessary risks.”

How does it work? For each of the Chinese zodiac signs, luck will depend largely on the positions of the Tai Sui — the presiding star over you and opposite Jupiter.

To find out what the Year of the Rat means for you, first determine your animal sign by finding your year of birth before reading So’s predictions below.

Looking for a romantic relationship? The good news is that your love luck from last year will linger on till April 4, 2020. Relationships that can last until May have a real chance of becoming long-term.

Now for the bad news. People born in the year of the rat will offend Tai Sui, the star representing the presiding god this year.

You may find yourself prone to negative thoughts and more disruptions in life, such as accidents.

To alleviate the impact, you should travel more in 2020 and consider donating blood to avoid spilling blood by accident.

But it isn’t all bad. You should be able to accumulate some wealth, especially if you’re self-employed or an entrepreneur.

People born in autumn and winter months should avoid quitting things on impulse.

Being in union with Tai Sui, people born in the year of the ox can expect a comfortable year free of major surprises and unexpected changes.

You’re blessed by a few lucky stars this year.

It’s possible that you will get advice and help from powerful figures or supervisors, especially male figures.

Although it’s easier to gain trust and be offered deals this year, those deals may be withdrawn at the last minute.

Yi Ma, the star representing mobility, shines over people born in the year of the tiger in 2020.

It suggests a lot of travel and moves will happen this year.

Apart from that, tigers don’t have any immensely lucky or unlucky stars in their constellations.

It’s important to take care of your mental health this year, as your mood may be affected by the presence of Gu Chen, a star representing bad moods and sorrow, in your constellation.

This may make you feel gloomy for no reason.

People born in the year of the rabbit likely enjoyed a year of excellent relationships in 2019.

This year, rabbits may continue to have luck in interpersonal relations as well as love.

Thanks to Hong Luan, a star bringing positive relationships, you’ll have a good chance of meeting someone special this year.

It’s also an ideal year to get married if you have been considering it.

You may get useful advice and help from powerful female figures in life.

Another key reminder for 2020: Further your education and hone your skills for work.

Last year, people born in the year of the dragon were enjoying great relationships thanks to the Hong Luan star. The residual effect will last till April in 2020.

The rest of the year, however, may be sullied by gossip, backstabbing and possible lawsuits.

It’s best if you take a step back when arguments arise this year.

Don’t frown yet. Luckily, you’re also in triple union with Tai Sui. The good effect will help iron out some of the hiccups in relationships.

Another great star shining over you is San Tai, the star representing elevated social status.

If you’re an employee, you may get promoted if you give it your best.

People born in the year of Snake had a year of instability and drastic changes last year.

Bad news: The impact may hover over you until April this year.

Good news: You’re in hidden union with Tai Sui in 2020 — meaning a small dose of help is coming your way.

Yue De, a lucky star that signifies mishaps that may be turned into good fortune, can be found in your reading.

It means that your goodwill and good deeds, like forgiving someone, could turn misfortune into good luck.

This year, hard work and income are coming hand in hand for the snakes.

Also, watch out when it comes to lending money to friends — they may not be able to pay you back in a while.

This year, you’re in conflict with Tai Sui.

But it isn’t a completely bad influence. While people born in fall and winter should play it safe this year, those born in spring or summer may gain from these conflicts.

It also means that you face a year of changes in relationships.

That may mean you’ll get into a new romantic relationship, get married, break up or have a child.

Be extra careful with your finances and expect to work harder than usual in 2020.

Sizable expenses may be heading your way — be it moving homes or dental fees.

People born in the year of the sheep are poking Tai Sui this year.

This annoying act may lead you into gossip and arguments, but it shouldn’t be enough to bring bad luck.

It’s a good time to have a medical checkup, especially for females born in the year of the sheep.

The good news is you will have two lucky stars — Zi Wei and Long De — in your constellation. Their presence usually means you’ll benefit from getting more useful help and advice in your life.

Monkeys will enjoy a peaceful union with Tai Sui this year.

You can anticipate a year of stability and good interpersonal relations.

People born in the year of the monkey may be able to gain power or climb the social ladder in their lines of work this year.

If there’s is a job position you have been eyeing, it’s a good time to apply.

There may be unexpected financial losses this year, though, making it wise to invest in tangible objects or a fixed-term saving account instead of riskier options.

The year 2020 may be easier for you to build a lasting romantic relationship.

Career-wise, you’d gain more power thanks to the presence of Tian Xi and Xian Chi — both are lucky stars governing relationships.

Don’t be afraid to be ambitious at work if you want a promotion.

Regarding health in 2020, people born in the year of the rooster may get injured easier than usual.

To avoid that, you can consider “orchestrating” a mini-bloodshed instead — by donating blood or going to a dentist, for example.

People born in the dog year have a chance to meet someone special in the first few months of 2020.

In 2020, dogs aren’t in any major disagreement with Tai Sui, signifying a stable year ahead.

It may be the year to earn a promotion or build a better reputation for your business if you’re self-employed.

You deserve a pat on the back for the rough 2019 you had to endure.

While the residue may linger on for a while longer, your luck is likely to turn better in 2020.

It’s especially noticeable in terms of personal relationships and wealth.

Blessed by Mo Yue, the star for social status, you are likely to get a promotion or improved business.

It will be easier to get along with people.

On the other hand, you should watch out for your personal belongings this year.

You may also experience some short-lived romances.