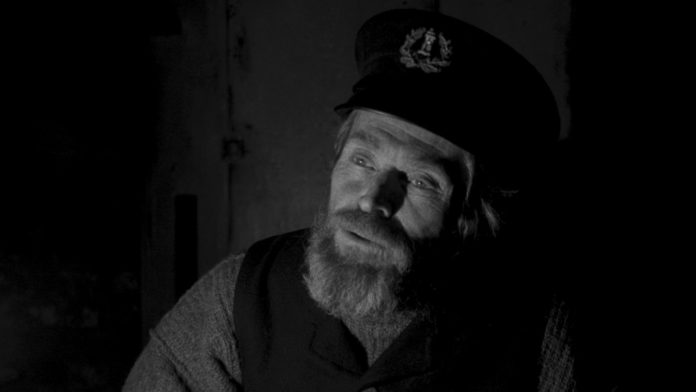 Willem Dafoe isn’t worried about whether superhero films are true cinema or not, any more than he’s worried his latest movie is too niche.

Difficult to characterise, The Lighthouse doesn’t fit neatly into any one genre – film database IMDB manages to narrow it down to three categories – drama, fantasy and horror.

Shot in black and white on 35mm film, it’s been nominated for best cinematography at this year’s Oscars.

The two-hander also uses elevated language made up of authentic 19th century slang and nautical jargon.

“Easy to imagine, but difficult to see play out.”

It was the film’s director, Robert Eggers that first attracted him to the project.

After seeing Eggers’ debut feature film The Witch, he approached the filmmaker to say he’d love to work with him.

Eggers presented him with The Lighthouse script saying: “Here’s the script. Look at it. You and Rob Pattinson. Yes or no?”

His answer was yes.

While the two men spent every day of the 32-day shoot working together on screen, outside of filming Dafoe says they remained remote.

“The crazy thing is we were basically only with each other in the scene. So I knew nothing outside of the world that we were in.

“This wasn’t like a rigid rule to do some sort of method thing, to always stay in character.

“It was a practical thing, in that the conditions were so difficult, usually between scenes we’d have to retreat to get dry, to get stay healthy, to practise things.

“It was strange because I’ve never been in that situation. We do a whole film with one other actor and you barely know the guy outside of the roles that you’re playing.”

As celebrated screen actor, with over 100 roles to his name, he says he’s wary of getting typecast, preferring instead to challenge himself through his roles.

“You’re always fighting a certain kind of corruption and a certain kind of habit. You don’t want to repeat yourself, not just because you want to be versatile, but if you keep on going to the same well, you tighten up.”

He says it’s all about pushing his boundaries, both geographically and emotionally.

“One thing I notice is I like a little adventure when I’m shooting, I also really respond to strong directors. And I like to learn something.

“I like to go someplace where I’ve never been before. I like working in different cultures. You gotta pay off the life experience to feed the pretending.”

Some of his ‘pretending’ has strayed into the world of comic book fantasy, taking on the roles of the Green Goblin in three Spider-Man films and Vulko in Aquaman.

On the recent controversy over veteran director Martin Scorsese’s comments that superhero films are “not cinema”, and are closer to “theme parks”, Dafoe thinks there’s room for all genres in the industry.

“I heard some of the comments and I know what [Martin Scorsese’s] talking about. But I’m of the opinion of no opinion… I don’t disagree, I don’t agree…”

He goes on: “For me, it’s not specific enough. I mean, which film? The first Spider-Man I did isn’t the same as another superhero horror film. To me, it’s very specific.

“I can’t lump them all together, any more than you can lump this film together with other arthouse films.”

The Lighthouse is in UK cinemas on Friday 31 January.