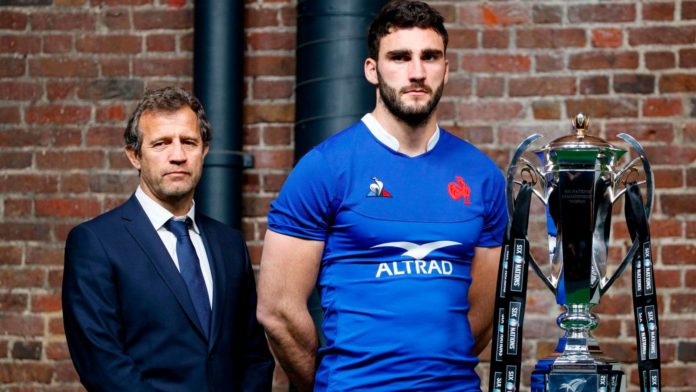 It’s a completely new France that will host England in their Six Nations opener at the Stade de France on February 2.

France have come into 2020 almost unrecognisable from the side that was dumped out of last year’s World Cup at the quarter-final stage thanks to a red card shown to second rower Sebastien Vahaamahina.

With a revamped squad led by a new coach and captain, there is even more mystery than ever when it comes to one of rugby’s oldest questions: Which France will pitch up this time?

As previously mentioned, it’s all change for Les Bleus in terms of coach and captain. Fabien Galthie has taken over from Jacques Brunel as head coach, and he has appointed Toulon flanker Charles Ollivon to captain the side following Guilhem Guirado’s retirement from Test rugby.

Galthie has also made sweeping changes to the squad; established names such as Yoann Huget, fly-half Camille Lopez, scrum-half Maxime Machenaud, prop Rabah Slimani and flanker Wenceslas Lauret all missed out on a place in a squad that includes 19 uncapped internationals out of 42 players selected.

The arrival of Shaun Edwards into the coaching set-up will give France some of the structure in defence that has been lacking throughout the majority of rugby history.

Predominantly a side that shuns structure in favour of free-flowing rugby, if Edwards can get the French the focus their attention on defending with discipline and aggression, they could become as lethal as New Zealand on the counter-attack.

With such a young squad at the disposal of Edwards and the rest of the coaching staff, there is a real opportunity to usher in a new brand of rugby at the Stade de France this year.

On the other hand, a lack of experience could come back to haunt Galthie. Eddie Jones was quick to point out the youthful frailties of France when speaking this week ahead of England’s meeting with Les Bleus in Paris on Sunday.

“When I took over England in 2016 I kept experienced players and brought young players in,” said Jones. “Test match rugby requires experience and France have decided not to take experience in, they’ve gone with youth. And they might be wrong, they might be right.

“We don’t know but it’s going to test those young players because they will have never have played against a brutal physicality and intensity that we are going to play with on Sunday.

Having England up first will be a huge test for this young team but if they get through it with a win, they will back themselves against all of the experienced sides in the Six Nations.

Romain Ntamack has gone up a level from club to country without missing a beat. Still only 20 years old, the fly-half made his debut in last year’s Six Nations and played in all five games of the campaign.

Ntamack also featured in all but one of France’s World Cup matches in Japan, starting in the No 10 jersey in the quarter-final loss to Wales.

The Toulouse man is comfortable and confident in the Test arena; given a consistent scrum-half partner and a run of games to establish himself, he could be a devastating player for France not just this year but for the next decade.