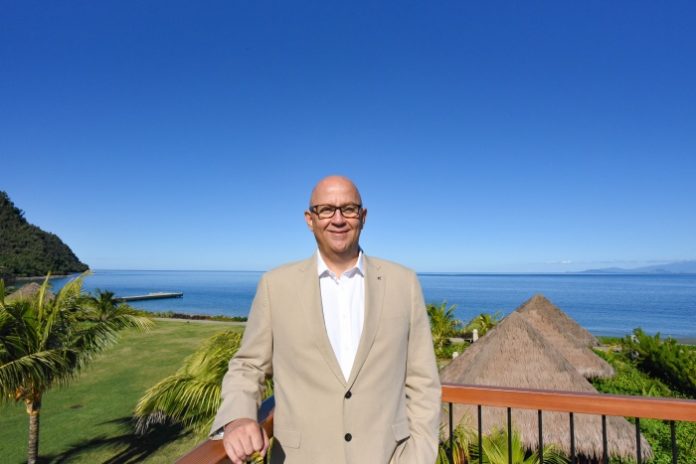 Storey joins the luxurious resort hotel on the untouched island in the Caribbean from Egypt, where he held the position as general manager at Royal Maxim Palace, Cairo.

Having worked in various destinations and cultures such as Egypt, Jordan, South Africa and the UK, he brings to his new position a wealth of experience in luxury hotel business from around the globe.

Before joining the brand-new resort in Dominica, Storey also worked as general manager at Kempinski Hotel Soma Egypt and at the Jordan Valley Marriott Resort & Spa in the Dead Sea.

Starting his career in hospitality industry in 1990 at the Sheraton Park Tower Knightsbridge London, Storey gained experience in various departments during a long-term traineeship in a private owned hotel in South Africa.

“It is a great honour to join the Cabrits Resort & Spa Kempinski team as general manager and it is truly one of the most interesting properties I’ve been working at so far.

“Words are definitely not enough to fully describe Dominica and its very own charm and characteristics.

“Everyone that visits Trafalgar Falls or Titou Gorge for the first time will definitely agree.

“It is an island that needs to be experienced to see the variety of natural attractions and untouched nature.

A British national, Storey speaks Afrikaans, Dutch and Zulu in addition to this English mother tongue.