Home Sport Nadal: I lost to a great opponent 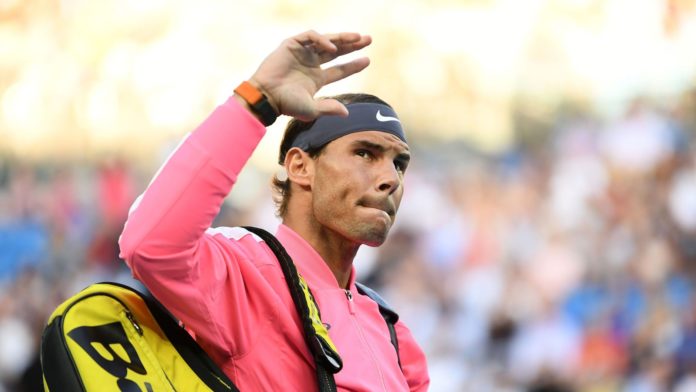 “I lost an opportunity to be in the semi-finals of another Grand Slam, but I lost against a great opponent”

Rafael Nadal praised Dominic Thiem after being muscled out of the Australian Open in the quarter-finals by a superb performance from the Austrian.

Prior to the match, Zverev had joked that he hoped the two men would partake in a lengthy quarter-final, and he wasn’t wrong!

“I’ll have a cold glass of Coca Cola sitting in my hotel room,” Zverev said. “With my AC (air conditioning) hopefully watching them play for six hours.”

It did not quite take six hours but at four hours and 10 minutes, it was a gruelling one for both the world No 1 and the eventual victor.

“It has been a very good match,” Nadal said post-match.

“He has been playing very well. Playing very aggressive, great shots. Even from difficult positions, he was able to produce amazing shots.

I didn’t give up in one moment during the whole match. I gave myself an opportunity until the last point.

“I honestly didn’t play a bad match. My attitude was great. Good, positive, fighting spirit all the time.

“Of course I am sad. I lost an opportunity to be in the semi-finals of another Grand Slam, but I lost against a great opponent.”

Thiem looked like he might have blown his chance for victory when he played a nervous game serving for the match at 5-4 in the fourth set. However, he recovered in impressive fashion to take the match-deciding tie-break.

“A special situation for me, serving for the match against Rafa,” Thiem said of the 5-4 game in the fourth.

“Such a really mentally tough situation. I couldn’t handle it but I turned it round in the tie-breaker. I’m full of adrenaline, full of happy moments.”

“I think all the match was on a very good level,” Thiem added.

“I think we were both on great form. We already had this epic match in New York two years ago.

“Today I was really feeling I was lucky in the right situations. The net cord was really on my side. He’s one of the biggest legends this sport’s ever had so you need some luck to beat him.”