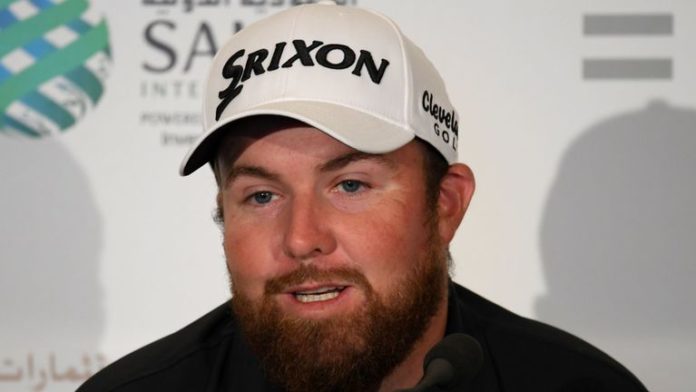 Shane Lowry believes golf in the Olympics will eventually be considered as a ‘fifth major’ and has set his sights on winning gold for Team Ireland at this year’s games in Tokyo.

The Champion Golfer missed the 2016 contest in Brazil as his wife was expecting their first child but is fully focused this time around on securing a maiden appearance in the Olympics.

World No 1 Brooks Koepka and Dustin Johnson are among the players to have questioned the significance of the Olympics in a condensed summer schedule, although Lowry believes golf in the event will only go from strength to strength.

“I’m not guaranteed on the team yet but it would take a really good season for someone to pass me,” Lowry said ahead of his Saudi International debut. “My flight’s booked. I’m due to fly out the Wednesday after The Open and go to the opening ceremony and hopefully play.

“Being Irish, we don’t win many gold medals at the Olympics. I think that’s one goal that I have in my head, that I think it would be incredible to bring a gold medal back to Ireland. That’s kind of the way I’m going about it this year.

Lowry opened his 2020 with a runner-up finish at the Hong Kong Open and bounced back from a surprise missed cut in Abu Dhabi by ending in a share of 11th in at the Omega Dubai Desert Classic last week, with the Irishman confident of building on an encouraging start to the season.

“It’s very much a Middle East-style golf course and something that I like the look of straightaway,” Lowry added. “The wind picks up here in the afternoon, which would suit me a little bit. It is a type of golf that I do enjoy playing, it’s perfect weather and a perfect condition golf course.

“Last week I probably would have liked to finish better, but any Sunday morning you’re sitting there eating your breakfast and feel like you have a chance to win the tournament is a good day.

“I feel like my form is okay, and I’m hoping to do all right this week and pick up a few more world ranking points, Ryder Cup points.”

Watch the Saudi International throughout the week live on Sky Sports. Live coverage begins on Thursday from 8am on Sky Sports Golf and Sky Sports Main Event.