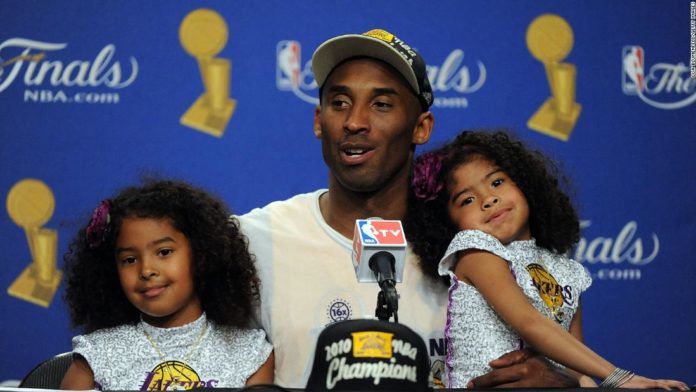 Men are posting photographs of themselves with their daughters using #girldad as a way of remembering the 41-year-old NBA legend who died along with his 13-year-old daughter Gianna and seven others in a helicopter crash in Calabasas, California on Sunday.
Bryant was the father of four girls and the trend started after ESPN’s Elle Duncan talked about how proud he was of that while she anchored “SportsCenter” on Monday night.
“I would have 5 more girls if I could,” Duncan quoted Bryant saying. “I’m a girl dad.”
That touched other fathers, including some famous ones.
“I’m so proud and lucky to be a #GirlDad,” sportscaster and former New York Yankees player Alex Rodriguez tweeted.
The rapper/actor Shad Moss, better known by his stage name, Bow Wow, posted a photo of himself and his daughter to Instagram with the hashtag and the caption, “I LOVE YOU SHAI.”
Chicago Cubs pitcher Casey Sadler tweeted a photo of himself and his daughter with the caption, “#girldad and proud of it.”
In response to a follower who questioned his tweet, Sadler said it was a way to honor Bryant and his daughters.
“I will be grateful for whatever the Lord blesses me with,” Sadler tweeted. “Right now that is being a #girldad and its something I love and cherish. One doesn’t take away the other.”
There has been an outpouring of grief since the crash and multiple tributes including a petition seeking to have the NBA change their logo to honor Bryant.
He is survived by his wife, Vanessa Bryant, and his daughters Natalia, 17, Bianka, 3, and Capri who was born in June.