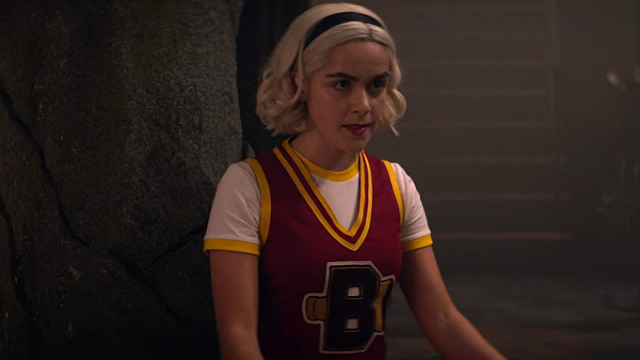 Finding Zelda reinforced the coven’s vulnerability. The coven could siphon off magic from the hedge witches into poppets of Zelda and Hilda, but they were older. Sabrina convinced the Ravenettes to perform at the Academy where the coven members drew from their energy. When they finished, Blackwood, gifted with the mark of Cain,  arrived with the pagans. Sabrina teleported the Ravenettes back to Baxter High and the coven to Pandemonium. There, she found Lucifer, newly separated from Blackwood, with Lilith, who was pregnant with his son. Lucifer insisted that she continue the quest for the Unholy Regalia on behalf of the Morningstar name.

Lucifer told Sabrina where to find Judas Iscariot in the Ninth Circle of Hell. For information on how to obtain the Silver, Sabrina offered him cold water to drink. The easy way to get the Silver would be to betray someone she loved with a kiss. Unfortunately, Sabrina couldn’t kiss Harvey, so she needed to do it the hard way. The Silver was with Vlad the Impaler, the first vampire and a son of Judas. Though Vlad had Sabrina in his thrall, her blood was celestial and hurt him. When she returned to Judas, he asked to feel the weight of the coins again. Judas transformed into Caliban. While Sabrina was on the quest, he had organized a coup in hell. Lucifer, Lilith, and now Sabrina were trapped in stone in the Ninth Circle of Hell. 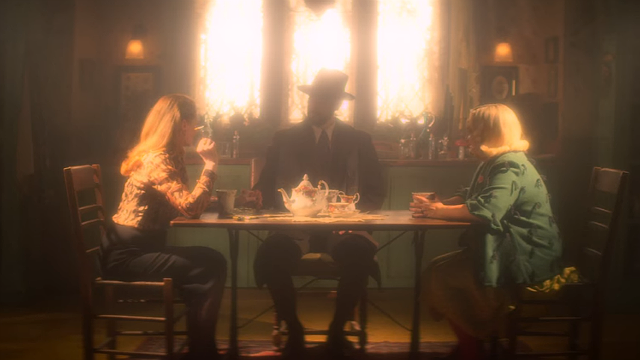 Mambo Marie stayed with Zelda, whose soul was trapped in Limbo. There, Zelda found Hilda and her brother Edward. He was her guardian, or mèt-tèt. He took her through memories, where she and Blackwood were students and when Sabrina was left on the doorstep as a baby. She glimpsed her death as an old witch, who waited for a still young Sabrina before she passed. When Zelda woke, Mambo Marie was dead. Blackwood had killed her. He stabbed Zelda in the chest.

Meanwhile, Ambrose and Prudence searched the Academy for Blackwood. The pagans found Circe and Dorcas. Agatha had murdered Dorcas. She tried to kill Prudence, but Prudence stabbed her in self-defense. While Prudence mourned Agatha, Blackwood stabbed her. Ambrose found her, but Prudence told him to protect her siblings, Judas and Judith. 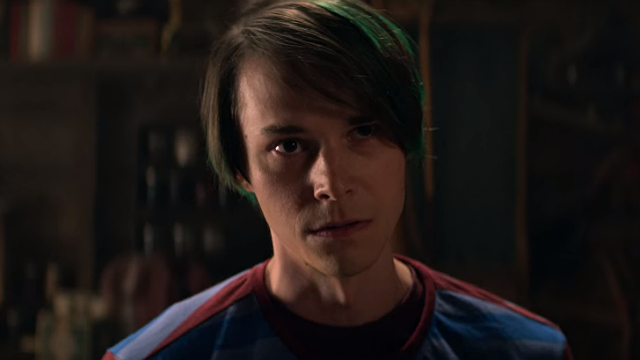 Robin explained that the pagans were trying to resurrect the Green Man. After a sacrifice of virgin blood, the Green Man would flower, and all flesh would die. An announcement over the Baxter High PA system invited everyone to the carnival that night. They needed Sabrina to help them stop the pagans, so Roz used the marker Sabrina used to communicate with Nick. Unfortunately, the message went to Nick instead. He came to help, but the pagans turned him to stone. As the only remaining virgin, Harvey was sacrificed to the Green Man, whose flowers emitted a green-brown mist.

Despite trade tensions, China is relying on Australia to power its...