Home Culture With new contract, more girls will “want to play in the WNBA” 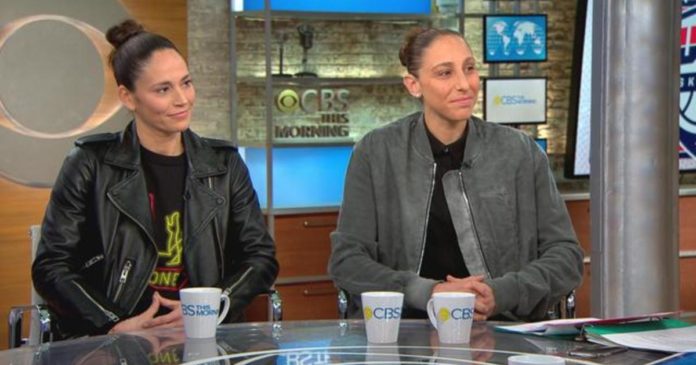 A new WNBA contract that raises players’ salaries and helps combat the need for them to play abroad in the off-season just to make a living will put the league in “a different category,” said WNBA player and four-time Olympic gold medalist Diana Taurasi.

“I think the tone of what the WNBA was for the last 10 years I think just took this negative connotation of ‘Why would I want to play there?'” she said on “CBS This Morning” Wednesday. “With the (Collective Bargaining Agreement) and the things that we’ve fought for, now it’s something that you can strive, and as a little kid, you want to play in the WNBA now.”

Taurasi and Olympic teammate Sue Bird, who also appeared on “CBS This Morning,” had to spend much of their careers in Russia, she said. Taurasi even sat out of the 2015 WNBA season because her Russian team, which paid her more than $1 million, wanted her to rest.

“We spent 10 years there playing,” she said. “We want to keep people here.”

Taurasi and Bird also helped create a plan with USA Basketball to pay members of the Olympic team $100,000 to train in the United States, another motivation to not play and train overseas. The U.S. women’s basketball team could make history in Tokyo this summer by becoming the first women’s team in any Olympic team sport to win seven straight gold medals.

Asked how they came to $100,000, Taurasi said, “Working with USA Basketball, working with other players, that was the number that we felt really comfortable with, that people would want to stay and actually do it.”

The idea for the training plan was “two years in the making,” and started with notes jotted down with a purple crayon, Bird said, recalling how when they started sharing ideas, they asked each other who had a pen to write them down.

“We were with our agent who had a 2-year-old son at the time, and she was like, ‘All I have is this purple crayon,’ and we were like, ‘Perfect,'” Bird said.

Bird, who is dating Olympic soccer player Megan Rapinoe, said the contract negotiation with WNBA is different from the U.S. women’s soccer team’s fight to be paid equally to the men’s national team because their fight is with the U.S. Soccer Federation, a nonprofit.

“We understand that. We’re a business,” she said. “A lot of people think we’re sitting here saying, ‘Oh you should pay us the same as the NBA.’ No, we understand that’s not what we’re talking about.”