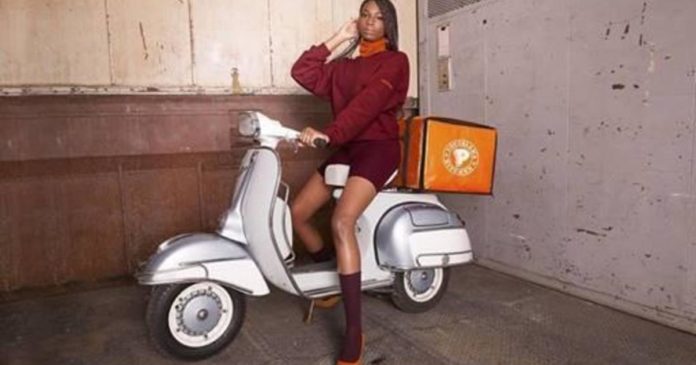 When social media speaks, Popeyes is listening. Shortly after Beyoncé’s latest fashion collection came out earlier this year, some fashionistas on Twitter noted that the singer’s new maroon and orange outfits resembled the uniforms worn by the fast-food company’s workers.

Beyoncé had partnered with Adidas in relaunching the performer’s athletic-wear brand, called Ivy Park, in a venture announced in April. The clothing line sold out quickly online earlier this month. That’s when the marketing folks at the chicken chain stepped up.

“Popeyes is now offering fashion seekers who missed the boat the first time a chance to score something nearly identical,” a spokesperson told CBS MoneyWatch by email.

Translation: The chicken chain is now literally selling its own uniforms. Starting Wednesday, consumers can purchase Popeyes clothing at at www.thatlookfrompopeyes.com, where 100% of the proceeds go to the Popeyes Foundation, a charity that aims to “strengthen our communities with food and support in times of need.”

While wearing a Popeyes uniform may not be quite the same for Beyoncé fans, the company’s clothing is less costly. The items being offered include a hooded jacket, t-shirt, sweatshirt, tunic, jacket, polo and three hats. Prices range from $10 to $40, compared to $25 to $250 for the Ivy Park x Adidas collection.