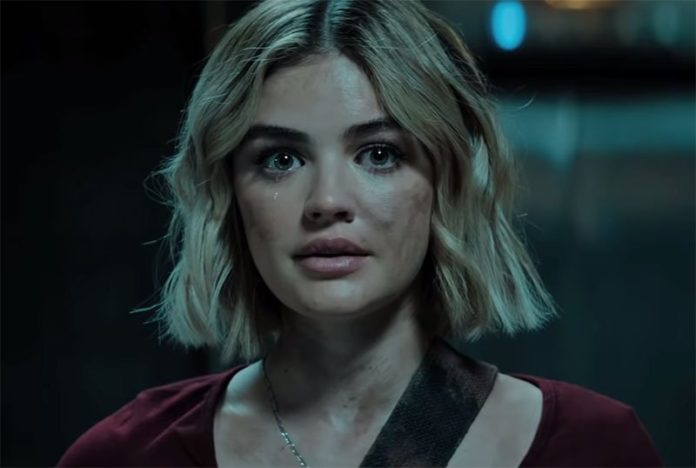 Fantasy Island final trailer: Every fantasy comes at a price

Sony Pictures has released the Fantasy Island final trailer for Blumhouse’s upcoming horror feature adaptation releasing in theaters on Valentine’s Day. You can check out the trailer now in the player below!

The synopsis for Fantasy Island teases a murder mystery challenge which reads as follows: “The Enigmatic Mr. Roarke (played by Michael Peña) makes the secret dreams of his lucky guests come true at a luxurious but remote tropical resort. But when the fantasies turn into nightmares, the guests have to solve the island’s mystery in order to escape with their lives.”

The film is described as being a tonal mix of Westworld meets The Cabin in the Woods, centering on a group of contest winners who arrive at an island hotel to live out their dreams, only to find themselves trapped in nightmare scenarios.

Fantasy Island was a fan-favorite during its original run on the small screen. The island drama dealt with dark themes and the supernatural with a little bit of cheesiness as visitors would come to the island to live out their fantasies. Guests could request any fantasy on the unique resort island in the Pacific Ocean, overseen by the mysterious Mr. Roarke and Hervé Villechaize’s Tattoo, but those fantasies rarely turned out as expected as visitors found themselves facing challenges that tested their character.

RELATED: New Adaptation of The Thing in Development at Universal Pictures & Blumhouse

Jeff Wadlow directs the big-screen adaptation from a script he wrote with Chris Roach and Jillian Jacobs. Jason Blum is set to produce with Wadlow also serving as executive producer alongside Blumhouse’s Couper Samuelson. Ryan Turek will be overseeing the project for Blumhouse and Matt Milan overseeing for Sony.