When the world as you know it is ending, what do you do? Apparently, if you’re a dinosaur or synapsid — the group of animals that today includes mammals — you cool your toes in a stream. In an environment torn apart by cataclysmic volcanic activity, life, you know, found a way.

Researchers working in South Africa found dozens of fossilized footprints, also called ichnofossils, that tell a surprising story of survival during the first waves of a mass extinction.

You’ve probably heard about “The Big Five” — the five largest global mass extinctions recorded in the fossil record (many researchers believe we’re in the middle of a sixth, thanks to human meddling). But our planet’s past is riddled with somewhat smaller die-offs, many of which were, on a regional level, as catastrophic as the better-known events.

One such modest mass extinction occurred about 183 million years ago, during the Early Jurassic. It’s technically known as the Pliensbachian-Toarcian mass extinction, or end-Pliensbachian, and unfolded over a few million years. Ocean waters warmed and their oxygen levels fell, and across much of the world, wildfires burned and toxic gasses turned the air into a smothering stew.

The main culprit for the extinction event was, as is usually the case in such global die-offs, massive volcanic activity.

Specifically during the end-Pliensbachian, lava flowed across a huge swath of what’s now southern Africa, Antarctica and southern Australia, covering an area more than 3,000 miles across the Southern Hemisphere supercontinent of Gondwana. The violent eruptions may be associated with Gondwana’s breakup around 180 million years ago.

The widespread flows were one of the most cataclysmic geological events of the last 200 million years, and they created the Karoo-Ferrar Large Igneous Province, by volume one of the largest such formations on the planet. While estimates of what percentage of life on Earth died vary, effects of the end-Pliensbachian were felt worldwide, particularly among marine animals as far away as North America and Japan. 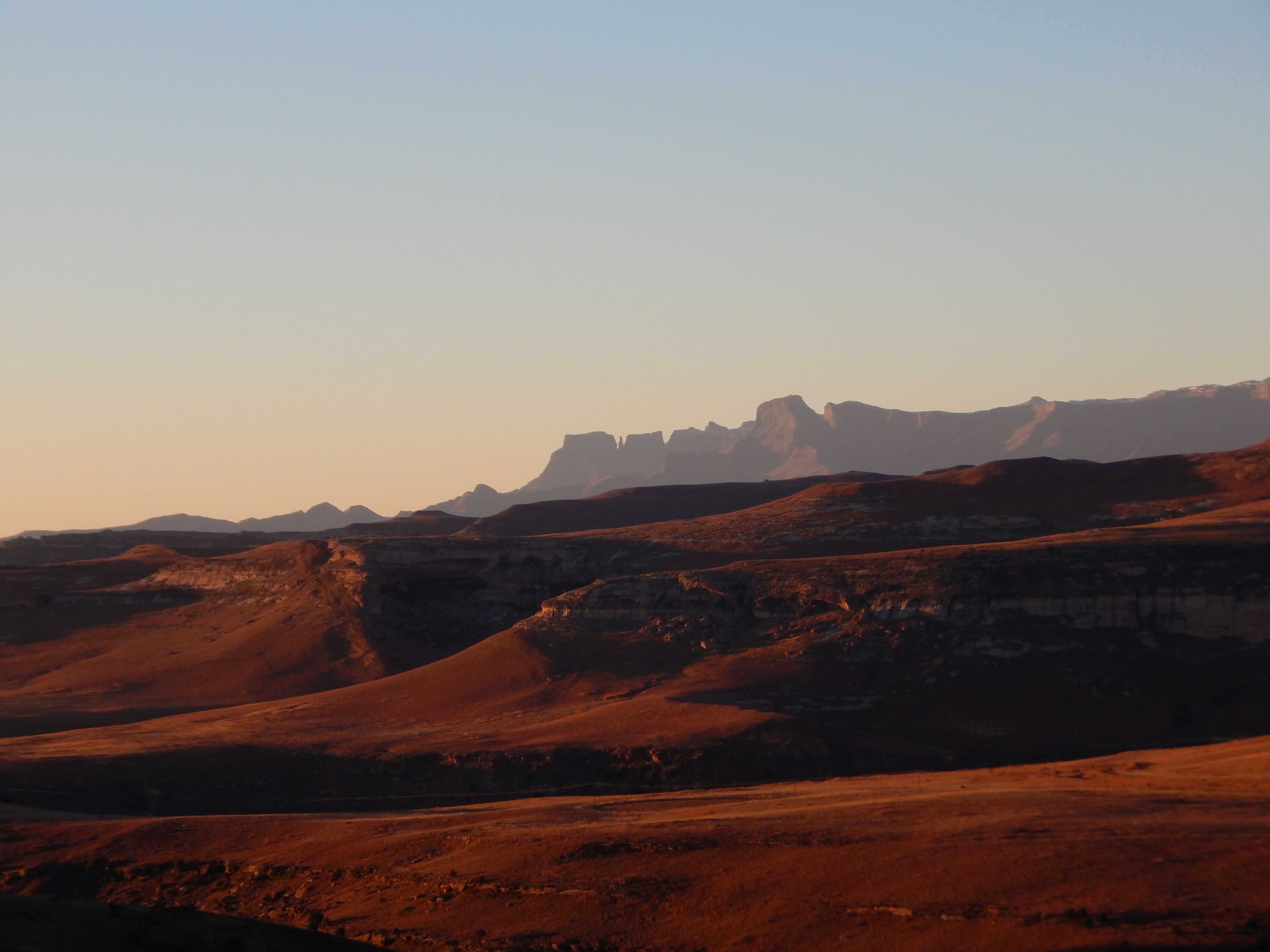 Thick layers of basaltic rock, remnants of lava flows during a mass extinction 183 million years ago, make up much of the striking landscape around South Africa’s Golden Gate Highlands National Park, near the ichnofossil site. (Credit: G. Tarlach)

Alive in a Dying World

The Karoo-Ferrar rocks that are most accessible to researchers today are in the Karoo Basin, mostly in South Africa.

You may be familiar with the more famously fossiliferous parts of the Karoo, where researchers recently capped a decade-long project to reconstruct the area’s Triassic ecosystems of 200 million-plus years ago. The Early Jurassic igneous rocks in the region, laid down in massive lava flows, have not been as productive. However, in between the igneous layers, there are sandstone layers of sediment deposited during lulls in volcanic activity.

And it’s among these layers that researchers discovered trackways they believe were made by three types of animal: a carnivorous, two-legged dinosaur, a plant-eating, four-legged dinosaur, and a small synapsid — the group of reptiles from which mammals evolved. (Yes, you and I and everyone we know are technically synapsids, similar to the way that modern birds are technically dinosaurs.)

The team also found evidence of invertebrates moving across the same surface.

No bones were found, but comparison of the trackways with other ichnofossils helped the authors narrow down the possible animals that made them. 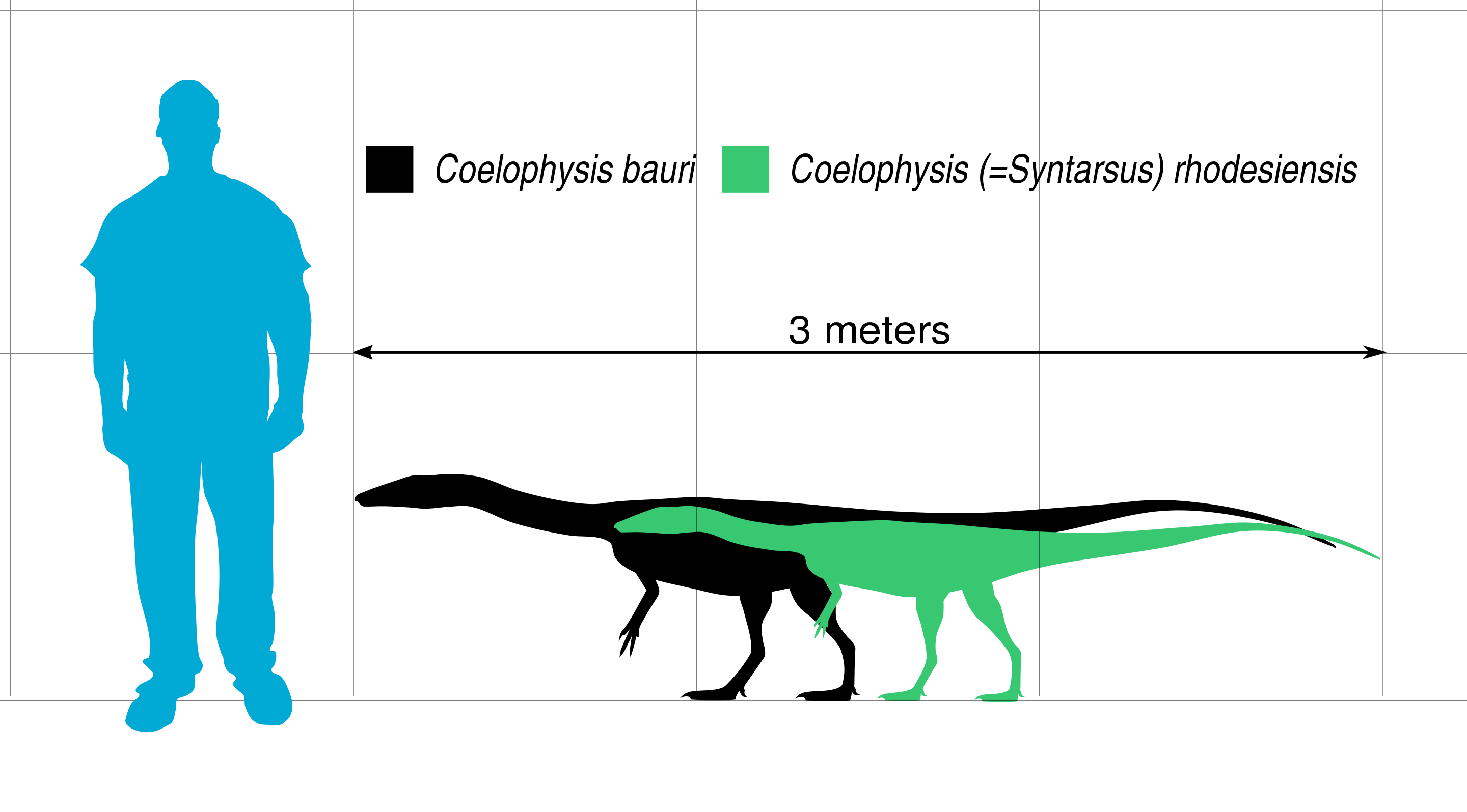 The plant-eating dinosaur — an apparent ornithischian — was smaller, probably about the size of a dog, and generally walked on all fours. It appears to have been trotting at first, before breaking into a run. It was not, however, being chased by the meat-eater, which was walking in the opposite direction.

A third set of poorly preserved tracks appears to belong to a much smaller synapsid, though the lack of detail made further analysis difficult. Even without fossils or firm evidence about species, the trackways are significant: Ichnofossils preserve details of how the animals actually lived, and the environment they called home.

Go with the Flow

“With tracks, things get even more intriguing, because a footprint is never just a reflection of the animal’s anatomy and locomotion or gait,” says team leader and first author Emese Bordy, of the University of Cape Town.

Bordy was the first member of her team to actually spot the tracks during the expedition, and her excitement is palpable: “Honestly, it is absolutely mind-blowing and humbling to find any fossils, no matter how old they are. It is thrilling, and it is like that every time.”

By comparing the size of the prints, the distance between them and how the animal’s foot interacted with the surface, scientists can glean both what the animal may have been doing and what its habitat was like.

“Tracks are a weird combo as they are both biological objects [showing] anatomy and kinematics, and sediment deformation structures,” says Bordy. “A track is not an X-ray image of the foot, but an echo of the moving foot in the sediment.”

The site also preserves ripple marks and some desiccation cracks in the sandstone which indicate moisture levels fluctuated significantly. The team’s analysis, which incorporated some previous research at other nearby sites, suggests that the animals were walking through a temporary stream. It may have been a seasonal flow, following a flash flood, during a rainy period in an otherwise semi-arid environment.

The layer of basaltic rock immediately beneath the sandstone where the tracks were found is not eroded — the preserved material still retains the “ropey” appearance consistent with lava flows during the extinction event. That suggests that the animals may have been moving across the landscape not long after the lava cooled.

Exactly how long afterward is impossible to say, notes Bordy, because current dating methods are not that precise.

Analysis of the site and others nearby from the same period has unearthed evidence of burning trees and slow-moving lava but not the massive amounts of ash associated with some types of volcanic eruptions. 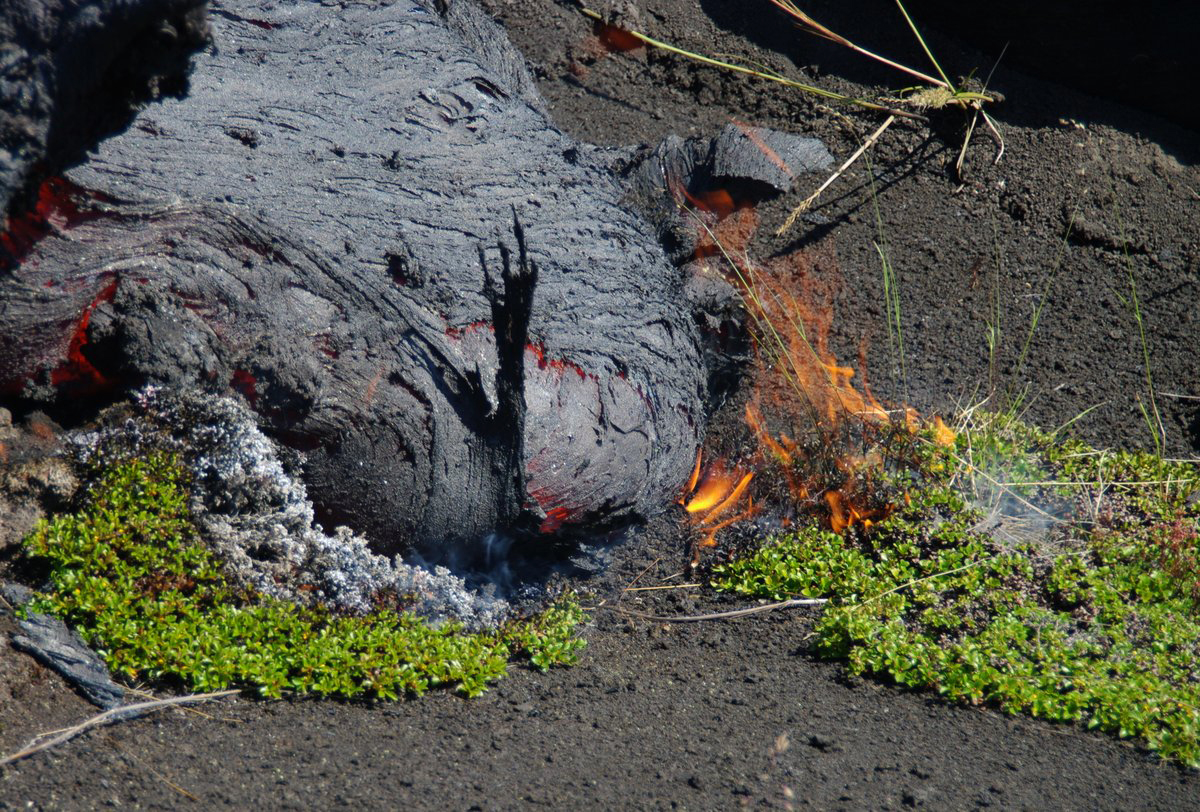 Says Bordy: “One would imagine that it was not very nice there all the time, but clearly it was habitable between the eruptions.”

Eventually, however, the layer of sediment where the animals walked was covered by more lava, turning their home into what Bordy and her co-authors describe as a “land of fire.” Their ultimate fate remains unknown.

The research appears in PLOS ONE.

Your Microbiome Isn’t Shaped Just By What You Feed It

Why Was the Pyramid of the Sun Built?