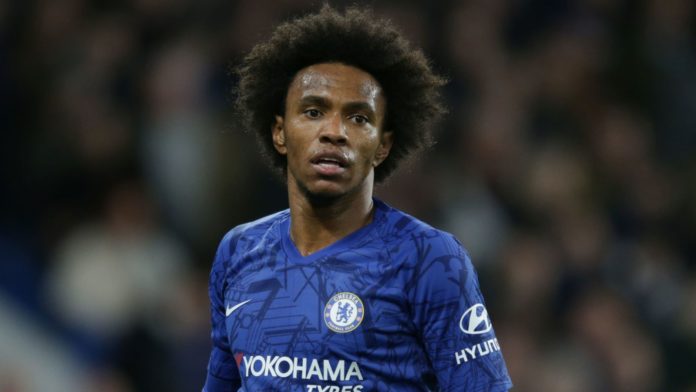 The La Liga side have been long-term admirers of the Brazilian, who will be out of contract at Stamford Bridge in the summer.

With competition growing to sign Willian on a free contract in July, Barca are looking to steal a march on a number of top European teams and land him for a fee, believed to be £20m, before Friday’s deadline.

Barcelona launched a series of bids for Willian in the summer of 2018, the last of which topped £55m, which were all rejected by Chelsea.

Talks over a new contract are yet to suggest a deal is possible and it is expected the 31-year old will leave the Blues in the summer unless a deal can be brokered before Friday’s 11pm deadline.

Chelsea held off competition from Tottenham to sign Willian from Anzhi Makhachkala for £30m in 2013.

He has won two Premier League titles, a League Cup, FA Cup and Europa League during his time at Stamford Bridge.