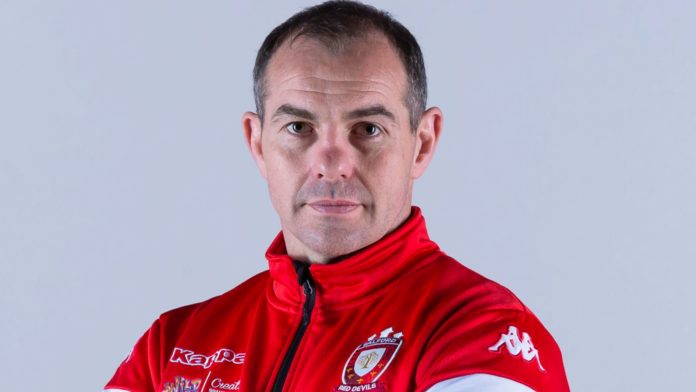 “I’m ambitious and I want to win things. To do that, you’ve got to build foundations and have them in place”

The 43-year-old former Wales international, who guided the Red Devils to their maiden Grand Final in 2019, signed his new deal 48 hours before sending his side into battle for 2020.

Salford’s head of strength and conditioning Greg Brown has also signed a new contract taking him to 2022.

Salford director of rugby Ian Blease said: “This is probably the most significant deal I’ve done in my time at the club.

“We’ve got a lot of work to do and getting those signatures means we can now plan with that foundation in place.

“There’s a real camaraderie in our backroom team and you can see that carry across to the players on the pitch, so securing these extensions was massive for the direction of the club.”

Watson, who took over as head coach following the departure of Iestyn Harris ahead of the 2016 season, earned considerable credit for turning Salford’s fortunes around on a shoestring budget.

His ability was recognised when he was appointed as an assistant to Great Britain head coach Wayne Bennett for the 2019 Lions tour to New Zealand, Tonga and Papua New Guinea.

He is now hoping to build on last season’s domestic success, starting with a Grand Final rematch against the champions on Friday night, live on Sky Sports Arena.

Watson said: “I’m ambitious and I want to win things. To do that, you’ve got to build foundations and have them in place.

“The club are showing that they want to go in that direction. We can now tell players that we’re here for the next few years and invite them to come along for the adventure.”