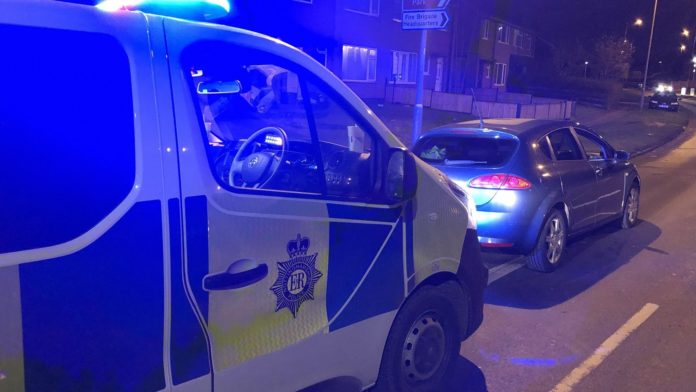 A McDonald’s takeaway was delivered to a customer by the police after the courier’s car was seized.

Officers pulled over the vehicle in Gedling, Nottinghamshire, on Tuesday night and discovered the driver did not have the correct level of insurance cover.

Luckily, the McDonald’s customer didn’t miss out on their Big Mac and fries as officers delivered the fast food order right to their door.

“It’s safe to say that the customer still received their Big Mac and fries in time thanks to our officers who safely dropped off their Maccies to the door – and they were simply ‘McLovin’ it,” the force said.

The driver is now facing a hefty fine after the car was seized, as well as six points on his licence.

He will have to pay an additional recovery fee to reclaim his car, or risk it being crushed.

The delivery company that employs the courier was not disclosed by the police.

“Failure to ensure that you are adequately insured, could render you liable to prosecution,” the force added.

“Your vehicle can also be seized at the roadside if officers reasonably suspect your vehicle to be uninsured.

“Those found to not have insurance at the point of being stopped by the police face six penalty points and a fine of up to £5,000.”