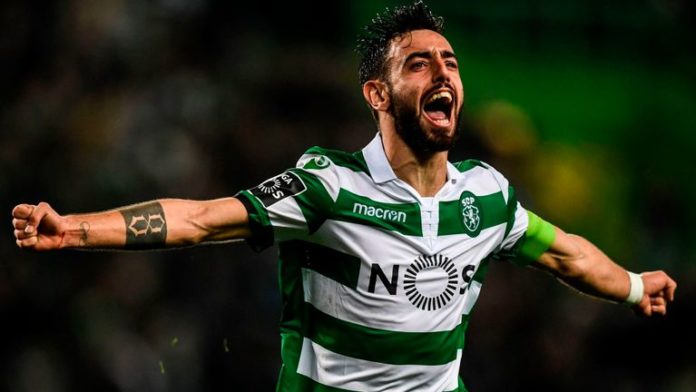 In years to come, the words “transfer saga” will be synonymous with Bruno Fernandes.

A transfer saga that has infuriated and intrigued in, not one, but two windows. A transfer saga that is almost at an end. Almost. With this move, you dare not say for 100 per cent until the boy from Lisbon is holding up a Manchester United shirt alongside a beaming Ole Gunnar Solskjaer.

United’s pursuit began in the summer; Fernandes was scouted on several occasions. “The deal is done,” screamed reports in the Portuguese press. It wasn’t.

United had decided against the signing long before the final week when rumours persisted. Interest from Tottenham came and went – as did interest from Real Madrid. Talk of a Spanish giant being keen would become a theme – more on that later…

January arrived, and the rumour mill went into overdrive. This time, it felt different.

Where will Fernandes fit in at Manchester United

Manchester United have agreed a deal to sign Bruno Fernandes from Sporting Lisbon, but where will he fit into the team?

It became a power struggle. Brinkmanship. Who would blink first?

The gap in valuation was thought to be £10m. For days, reports from Portugal claimed the deal was close, that the deal was going to be “completed in 48 hours”. United fans were getting excited. At Old Trafford, everything was calm. They felt Sporting weren’t being, well, too sporting. They felt the media was being used to apply pressure.

Then, a twist. What is a transfer saga without a twist? Barcelona (as promised – enter Spanish giant) were interested in doing a complex deal whereby Fernandes would be stolen from the clutches of United and then sent on loan to Valencia. How could this be happening?

Were United being played? Or were Barca genuinely trying to do a deal?

Within hours of Barca’s “interest” becoming public, United raised their offer. Sporting had wanted 80m euros, and United’s offer was worth 80m euros; 55m up front with another 25m in add ons – some realistic, some not so much.

Both clubs will claim victory. Sporting will tell their supporters 80m euros was too good to turn down. United will say 80m euros is a snip, because if they end up paying that figure, Fernandes will have helped them win the Champions League, never mind qualify for it.

The time of 4.15pm on Wednesday, January 29 will live long in the memory. “Manchester United is delighted to announce it has reached an agreement with Sporting Clube de Portugal for the transfer of Bruno Fernandes. The deal is subject to a medical and the agreement of personal terms”.

Analysis: Where will Fernandes fit in?

‘Fernandes is a versatile right-footer who has been used in various positions during his time at Sporting, but the majority of his minutes this season have come at No 10 and that’s certainly the most obvious position for him to slot into Ole Gunnar Solskjaer’s favoured 4-2-3-1 line-up.

‘Solskjaer’s most used players in that position this season have been Andreas Pereira, Jesse Lingard and Juan Mata, but in a combined total of 29 appearances at No 10 in all competitions, they have only contributed three goals and five assists between them.

‘As such, creativity has become a major issue for United, who do not have a single player among the top 20 for chances created in the Premier League this season. Liverpool and Manchester City, by contrast, have three representatives each, while Chelsea have two.

‘Fernandes will be coming into a far more testing environment than he is accustomed to – it is unrealistic to expect him to replicate his Primeira Liga output in the Premier League – but he has experience of adapting to different surroundings having spent time in Italy and still offers a considerable upgrade on Manchester United’s current options at No 10.

‘He would get plenty of shooting opportunities from the No 10 position, and in Daniel James, Anthony Martial and Marcus Rashford, he would also have three perfect targets for his final-third passes and through balls.’