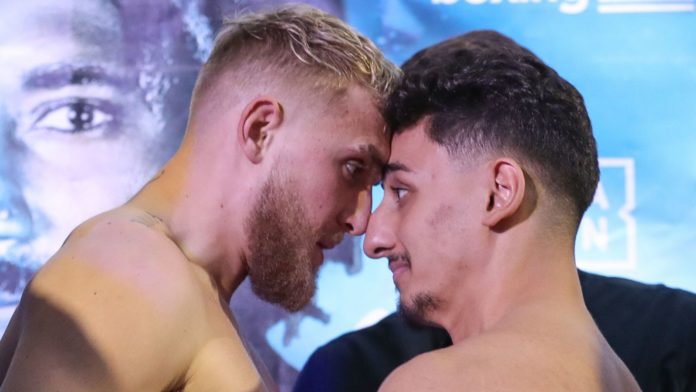 A fired-up Jake Paul shoved AnEsonGib as the pair weighed in for their YouTube fight in Miami.

The pair went head to head at the ceremony, in which Paul weighed in at 13st 7bs and AnEsonGib tipped the scales at 13st 4lbs.

Paul then shoved AnEsonGib before being restrained by members of his support team and delivering several battle cries in the direction of his opponent.

The social media sensations will settle their heated feud on a Florida bill in the early hours of Friday morning, live on Sky Sports, and will reignite their war of words at Tuesday’s press conference.

Reputations are at stake as the professional boxing debutants share the ring, but Gib has insisted he is relishing a fiery confrontation in front of a huge audience of fans.

“I think madness is embedded into my DNA,” Gib told Sky Sports.