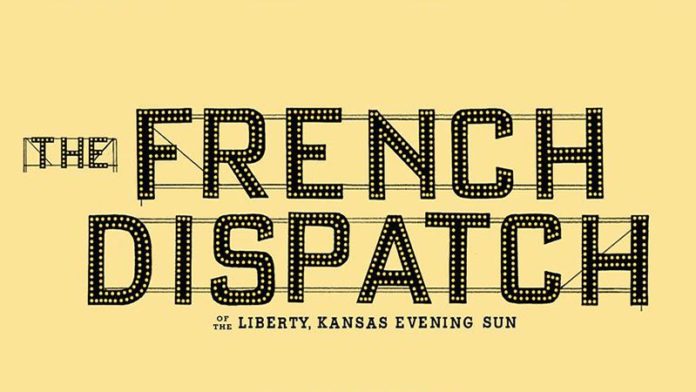 Searchlight Pictures has revealed the official release date for Wes Anderson’s upcoming comedy romance drama The French Dispatch and a whimsical new logo. Set to hit theaters on June 24, you can check out the new poster in the gallery below!

Plot details on the project are being kept under wraps, but it is described as a love letter to journalists set in an outpost of an American newspaper in a fictional 20th-century French city centering on three storylines that bring to life a collection of stories published in “The French Dispatch” magazine.

The French Dispatch is written and directed by Anderson from a story by Anderson, Roman Coppola, Jason Schwartzman, and Hugo Guinness. The movie is independently financed by billionaire Steve Rales of Indian Paintbrush, who regularly backs Anderson’s projects. 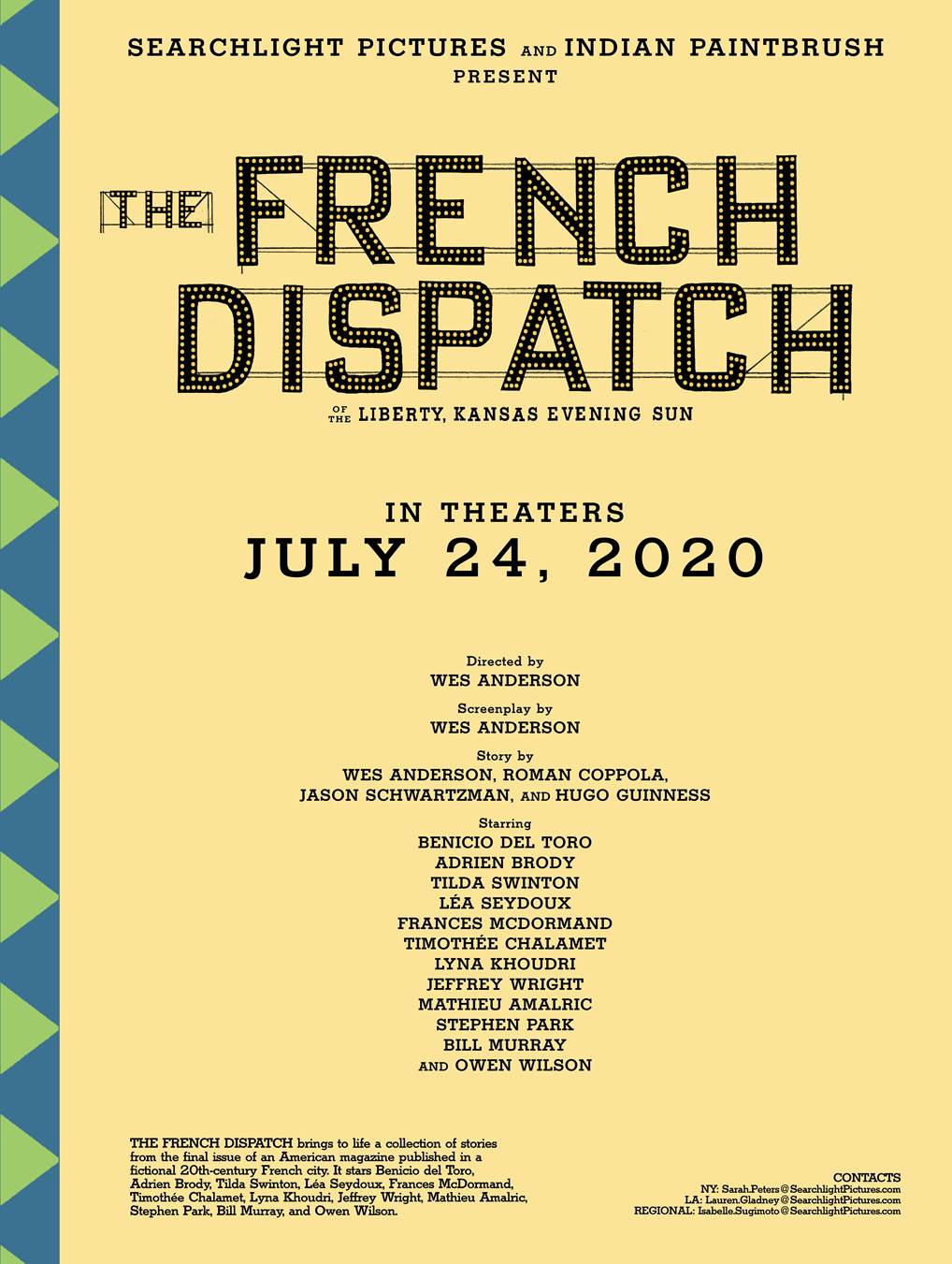