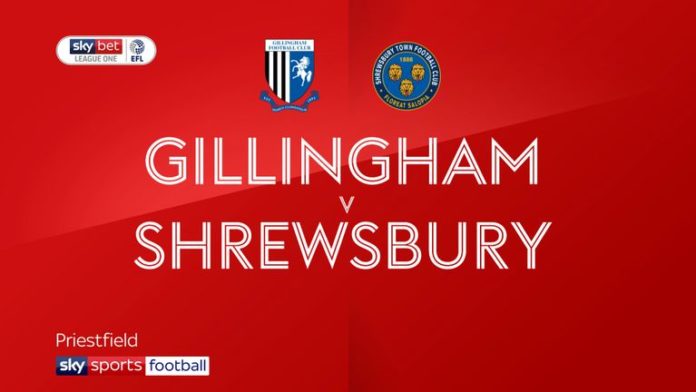 Gillingham extended their unbeaten Sky Bet League One run to 10 games with a 2-0 victory over Shrewsbury at Priestfield.

The hosts went in front after 26 minutes when Stuart O’Keefe curled low into the bottom corner for his third league goal of the season.

However, O’Leary was helpless to prevent Lee from adding a second for the Gills from the penalty spot after Akinde was fouled by Ethan Ebanks-Landell.

Coming three days after their comeback draw against Premier League leaders Liverpool in the FA Cup, Sam Ricketts’ side failed to register a shot on target in the opening 85 minutes of this game.

Midfielder Josh Laurent curled an effort onto the foot of the post five minutes after the break before Shaun Whalley’s low shot was cleared off the line by Gills captain Max Ehmer late on.