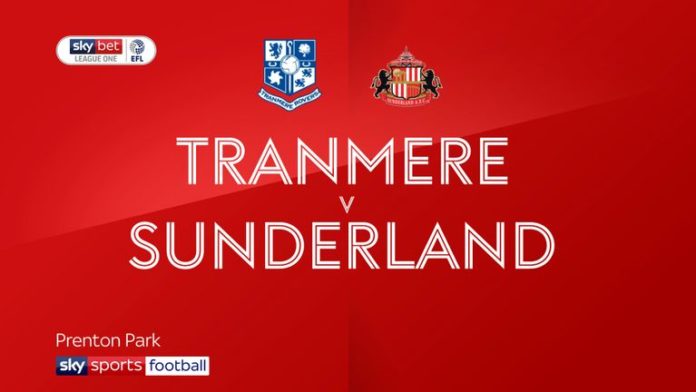 Sunderland moved into the Sky Bet League One play-off positions with a scrappy 1-0 victory over 10-man Tranmere at Prenton Park.

The Black Cats had barely registered a shot on goal but they took the lead on the hour mark when Charlie Wyke headed home Chris Maguire’s free-kick at the front post, leaving Rovers six points adrift of MK Dons and relegation safety.

In a game of few chances and plenty of fouls, Tranmere had been the more dominant side in the first half but failed to apply sufficient pressure to the Sunderland rearguard.

Jon McLaughlin was forced to make a good save from a low curling Kane Wilson free-kick, but, despite their early promise, that was as good as it got for Rovers.

When Wyke squeezed his header past Scott Davies to give Sunderland the lead, Rovers’ commendable efforts in the FA Cup appeared to have caught up with them, as they failed to find the energy levels required to force an equaliser.

Manny Monthe was sent off late on for what looked like an innocuous second yellow card, allowing Sunderland to leave Birkenhead with all three points.