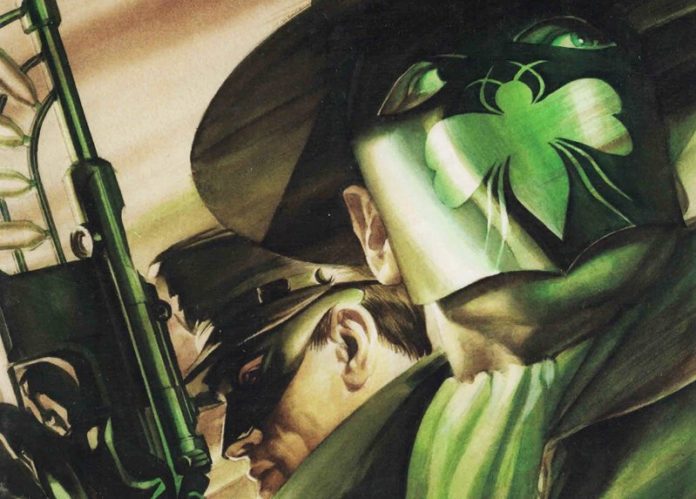 Following a competitive bidding war over the iconic superhero property, Amasia Entertainment has acquired the feature film rights to The Green Hornet, a franchise spanning all the way back to its 1936 radio show, according to Deadline.

Amasia Entertainment is best known for their smaller projects, including Halle Berry’s crime thriller The Call, the acclaimed backwoods thriller Them That Follow and the upcoming period romantic drama Wild Mountain Thyme.

The franchise surrounding a newspaper publisher fighting crime as the titular hero with his valet/sidekick Kato originally began on Detroit’s WXYZ in 1936 and would go on to make his big-screen debut in the 1940 movie The Green Hornet, starring Gordon Jones, and its 1941 sequel The Green Hornet Strikes Again. Amasia co-founder Michael Helfant first discovered the property in the short-lived TV series starring Van Williams in the titular role, but more iconically introducing American audiences to Bruce Lee, who portrayed Kato.

“When I was a kid, The Green Hornet was one of my favorite television series,” Helfant said. “I loved everything about it: the Green Hornet, Kato and, of course, the Black Beauty. They were the coolest! It was personally painful to leave them all behind when I left Dimension. So I tried to option the property again at Marvel before it went over to Sony and then again in 2017 before the rights landed at Paramount.”

Bradley Gallo, a former CNN journalist who is now the co-founder of Amasia, is also thrilled to have acquired the rights to the character, finding a real fascination with the possibilities of a media mogul having a secret life as a vigilante leading a battle against the mob.

“As long as I’ve known Michael, he has expresed his loving ‘nerdom’ for Green Hornet and passed on his addiction to me,” Gallo said. “I am looking forward to bridging the film worlds of America and Asia – and I’m very grateful to be on this journey with Michael, Amasia, the Green Hornet family and fellow fans!”

The franchise was originally revived in 2011 with a big-screen adaptation led by Seth Rogen (Long Shot), which made $227.8 million worldwide, but scored mixed reviews from critics and audiences alike, with a sequel being cancelled after the financial haul didn’t prove to be high enough for Sony Pictures. A second reboot was in development in 2016 with Gavin O’Connor (The Accountant) set to direct at Paramount, but it appears those plans have stalled for the time being.

Are you excited to see another take on a Green Hornet film? Let us know in the comments below!