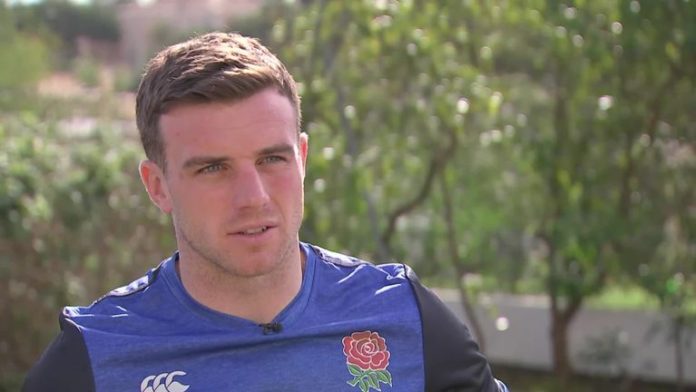 It is almost three months since the World Cup final in Japan – a World Cup where England produced a remarkable display to beat New Zealand in the semi-finals, only to capitulate a week later when they were soundly beaten by South Africa.

The 2020 Six Nations is a chance for England to get back on the horse, so to speak, a chance to show us the All Blacks’ display was not a one off and England are – as head coach Eddie Jones predicts – capable of being the best team ever.

As well as that final defeat to the Springboks, England also need to deal with the Saracens debacle that could well have an impact on how many of the England stars perform.

The players themselves have come out en masse, saying that have dealt with it all, (read it here, here and here!) but that remains to be seen once they take to the field.

Last year’s tournament was a mixed bag for them. Wins against Ireland and France gave them a promising start, but they lost to Wales and then there was that incredible 38-38 draw with Scotland, who stunned England by fighting back from 31-0 down.

Despite last winning the Six Nations title back in 2017, England are the bookies’ favourites to win this year’s title. Here we look at the good and bad ahead of their campaign…

Well in a word, England. They made the World Cup final with, what Will Greenwood called the greatest-ever England performance, by beating New Zealand in the semis. Okay, so things did not go to plan in the final, but England will be full of confidence.

They face a tough opener in Paris against a young and inexperienced France, but if they get through that they should be confident of going all the way in this year’s tournament.

There is plenty of stability in this England side – as well as plenty of depth – and they are all well schooled in terms of what is expected of them. They are still a young side and it is highly unlikely that Jones has ripped up the playbook that got them to that World Cup final. It is a case of evolving their game, but he will certainly have a trick or two up his sleeve.

On the front foot, England are hard to beat and use their quick ball very well. They have some strong ball carriers, are highly competitive at the tackle area and have strike-runners capable of attacking from anywhere.

The Saracens saga threatens to have a serious impact on England despite everyone and their dog coming out and saying it will not.

The loss of Billy Vunipola is massive for England and throws up plenty of questions as to who will replace him. Tom Curry or Lewis Ludlam are the favourites to start at the back of the scrum, while the exciting Ben Earl could also be thrown into the mix here.

England also need to sort out their pack and come up with a plan B when things are not going their way up front. They were beaten physically against South Africa and Jones has promised to unleash a “brutal physicality” to welcome the Les Bleus youngsters to Test rugby.

Up front will also be an area for England to look at – power is what they need and, with that in mind, tighthead Harry Williams and hooker Luke Cowan-Dickie – before he had to leave the training camp early – have plenty of scrummaging power.

England’s away form in recent years has been a bit of a let down and they cannot afford to lose focus in their opening away games against France and Scotland, who will be fired up for them.

Not much on the field, although Jones has named eight uncapped players in his squad. Despite this, Jones is likely to stick to the team that got him to the final, with perhaps a bit of tweaking here and there.

We have mentioned the loss of Billy Vunipola, but Henry Slade’s injury also means Jones cannot experiment with the centre pairing.

Nine and 10 will be areas that Jones will have to develop in the future but it can wait until the summer tour to Japan to really experiment with new blood.

Off the field, Jones is always looking to adapt his coaching staff and Sevens expert Simon Amor has replaced Scott Wisemantel as attack coach, while he has also poached forwards coach Matt Proudfoot from South Africa – the man who helped the Springbok pack dismantle England in the final.

Still only 21, A lot will be expected of Curry in this year’s tournament with ‘Big Billy’ out. Curry was sensational in the World Cup and won a well-deserved nomination for the player-of-the-year award.

Having started in the No 7 jersey, Curry was switched to the blindside and could well be called to start at No 8. No matter where he plays, he is a major threat at the breakdown and dynamic in winning turnover ball as well as on defence, and in 2020, Jones will be looking for him to step up into more of a leadership role.