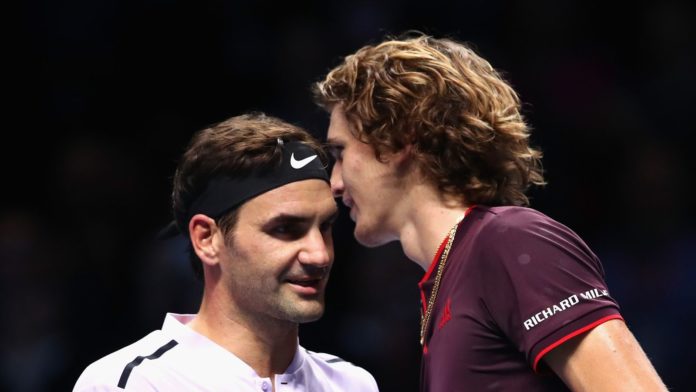 One of Federer Djokovic, or a new champion in Melbourne? Cast your vote below…

Will Roger Federer or Novak Djokovic make it 13 straight Slams shared between the ‘Big Three’ or will Alexander Zverev or Dominic Thiem win the Australian Open?

Britain’s Andy Murray won Wimbledon before Stan Wawrinka walked away from Flushing Meadows with the US Open title. The year? 2016.

Federer, Nadal and Djokovic have gone on to clean up every Grand Slam since. The Swiss has won three of them, world No 1 Nadal has claimed five of the majors, while Djokovic has sealed four of them.

Will that winning streak be extended at the Australian Open or will we get a new champion?

The ‘Next Gen’, which includes Alexander Zverev, has been knocking on the door, so will Melbourne usher in a new era of tennis or will it be another vintage year for one of the ‘Big Three’?

Use our vote above to have your say on who you think will win this year’s Australian Open. Will one of the ‘Big Three’ do it again, or will we see a new winner in Melbourne…

We have the tennis season covered from all angles via our website skysports.com/tennis. On the move? Head to our app for mobile devices and iPad, or follow our Twitter account @SkySportsTennis to join in the conversation.