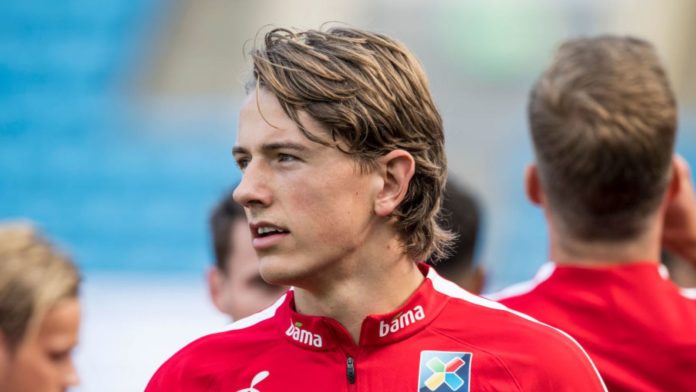 Sheffield United are close to agreeing a deal to sign Genk midfielder Sander Berge for a club-record fee.

The 21-year-old, regarded as one of the top young midfield talents in Europe, was pictured next to Blades boss Chris Wilder on Thursday morning.

The 6ft 4in holding midfielder has scored four goals in 23 league appearances for the reigning Belgian champions this season, along with six outings in the Champions League.

A host of Premier League clubs have been linked with Berge in recent months, including Tottenham, West Ham and Burnley.

The potential signing would be a major coup for Wilder who tried to land Berge last summer – with a fee potentially matching the club-record £20m paid to Swansea for Oli McBurnie in the summer.

Sheffield United and Genk have been locked in talks this week, as Berge handed in a transfer request on Tuesday with 18 months left on his contract at the Luminus Arena.

Berge and his agent Morten Wivestad met with senior Genk officials late on Tuesday to convince them to let the 21-year-old leave, with the player subsequently jetting off to England for talks with Bramall Lane chiefs.

“Negotiations have been ongoing for a few days. It’s been a difficult deal to get done. He’s a highly-sought-after player with Champions League and Europa League experience. He’s a player they have been tracking since the summer and he won’t come cheap; it will be a club-record deal and it’s a real statement of intent because he’s one of the most sought-after young midfielders in Europe.

“We also expect the Richairo Zivkovic deal to get done. He was in Sheffield on Wednesday and the key to this one is that Wilder is looking to add some more pace to his attack. Lys Mousset is a player who stretches the defence but they don’t really have an alternative so it’s a change from the bench or an option if Mousset is not fit. It looks like being a loan deal.”