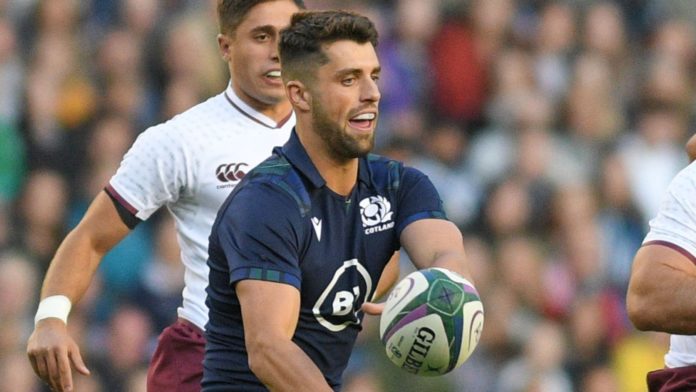 Fly-half Adam Hastings has been given the job of replacing Finn Russell as Scotland kick off their Guinness Six Nations campaign away to Ireland on Saturday.

Russell was told he would not be involved at the Aviva Stadium, having been disciplined for breaching team rules last week after he was involved in a late-night drinking session at the Dark Blues’ team hotel.

It remains to be seen if the Racing 92 star will feature at all during this year’s championships but Glasgow’s Hastings will get his chance to prove he can plot a route to success after being handed the number 10 jersey for the Dublin opener.

Back-rower Hamish Watson and scrum-half Ali Price – both injured in the Scots’ opening World Cup clash with the Irish back in September – make their return to Gregor Townsend’s team after returning to fitness, while there is a comeback for Huw Jones at centre after he missed the cut for the tournament in Japan.

The match will also see Stuart Hogg lead out the team for the first time since being handed the Scotland captaincy on a permanent basis.

Townsend – who has spent the week in Spain preparing his team for their first match of this year’s competition – said: “We have managed to cover a lot of work in the two weeks we’ve been together and we’ve been impressed with how our players have taken on information and bonded as a team.

“Our goal is always to play to our potential. The challenge to do this starts on Saturday against Ireland.

“Playing to our potential starts with our collective mindset. That means being alert, focused and resilient right from the beginning, to be ready for the physical battle that lies ahead and able to stay in the fight throughout the 80 minutes.

“We must be a relentless collective on the pitch and a nightmare for the Irish to deal with, while having the ability and awareness to impose our game at that intensity.

“As coaches, we put frameworks together and create an environment for them to thrive and reach their potential but ultimately it’s the players who go out and deliver.

“We’re looking forward to seeing them play in Dublin.”