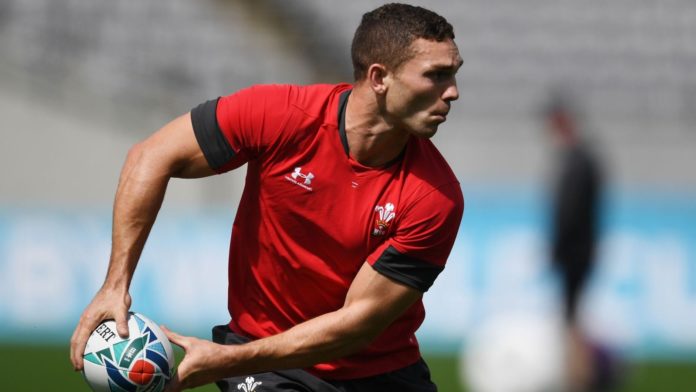 North will make his fifth start at centre in 92 Tests as new Wales coach Wayne Pivac deals with injuries to his midfield.

McNicholl, 29, scored a try for the Welsh in a 44-33 victory over the Barbarians in November, but that was an uncapped international and he will play his first official fixture against the Italians.

It will be Faletau’s 73rd cap, but his first Wales appearance since March 2018. He has endured a prolonged injury-hit spell in his career, and he missed the World Cup earlier this term because of a collarbone issue.

There is no place in the match-day 23 for uncapped 18-year-old Gloucester wing Louis Rees-Zammit, but Rhys Webb is included among the substitutes.

Scrum-half Webb will rejoin Ospreys next term and is now available for Wales selection again following a stint with French club Toulon. He last played for Wales just over two years ago.

Former England junior international centre Nick Tompkins has also been named on the bench and could earn his first cap for Wales after qualifying through his Wrexham-born grandmother.

Wales, though, have lost the services of back-row forward Josh Navidi, who is sidelined by a hamstring injury, while Liam Williams, Owen Watkin, Gareth Davies and Elliot Dee were unavailable as they continue recoveries from injuries.

Pivac, who takes charge of his first Six Nations game after succeeding Warren Gatland, said: “George has had a number of games in the midfield for Wales, and more recently for the Ospreys, and he has been running there in training. We have been impressed with him there and he is excited by the opportunity.

“It is great for Johnny McNicholl to get his first cap. I thought he played really well against the Barbarians.

“Nick (Tompkins) has trained really well and has impressed, and we are looking forward to seeing him at some stage during the game.

“We’ve had a couple of injuries, Josh Navidi picked up a hamstring injury so he is out for a few weeks, while Liam Williams, Owen Watkin, Gareth Davies and Elliot Dee weren’t quite ready to be available for selection.

“The whole team has a great vibe, and we are looking forward to getting out there in front of our home supporters on Saturday.”