Home Culture Billie Eilish will perform at this year’s Oscars 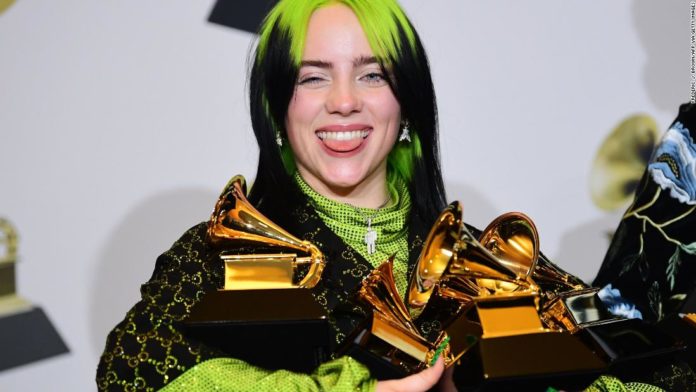 The Academy made the announcement Wednesday on social media.
Though just a month into 2020, Eilish has already had an incredible year.
The singer swept five prizes at the Grammy Awards: best new artist, record of the year, album of the year, song of the year and best pop vocal album. Eilish became the youngest solo performer to ever win album of the year in the process, and seemed genuinely shocked when she accepted the award.
“Can I just say that I think Ariana deserves this?” she said in her acceptance speech, referencing Ariana Grande, who was nominated.
Earlier in January, Eilish also became the youngest artist to write and perform the new James Bond theme song.