Home Culture ‘The Rhythm Section’ casts Blake Lively in a thriller that can’t get... 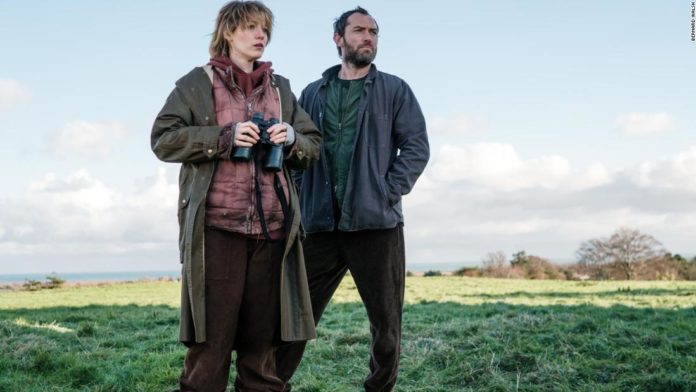 The script was adapted by Mark Burnell from his own novel, and directed by Reed Morano, an Emmy winner for “The Handmaid’s Tale.” The producers, meanwhile, preside over the James Bond franchise, a pedigree that’s leveraged heavily in the film’s ad campaign.
The result, however, plays like a pallid version of the globetrotting spy thrillers with which we’re accustomed, and limbos under the bar of what’s expected in terms of action and suspense.
The plot is the most basic of revenge yarns, with Lively playing Stephanie Patrick, a woman whose life was turned upside down by a plane crash that killed the rest of her family. When she’s informed three years later by an investigative journalist (Raza Jaffrey) that the tragedy was no accident, but rather a terrorist strike, she embarks on a mission of vengeance, describing herself as someone who has “got nothing to lose.”
Of course, she’ll need help, and finds it, grudgingly, in a financial benefactor, and a former MI6 agent (Jude Law) who subjects her to the basic training — a process that doesn’t take that long but still feels too drawn out.
Once in the field, Stephanie’s exploits have a certain freshness because she’s such novice at this sort of cloak-and-dagger fare that she makes a mess of things, and her early encounters are more brutal and raw — and thus distinctive — than the highly stylized and choreographed movie fights and chases with which we’re familiar.
Stephanie’s pursuit of the perpetrators leads to an information broker (Sterling K. Brown), who seemingly points her in the right direction. As constructed, though, the various episodes have an arbitrary, willy-nilly feel to them, lurching from one deadly scenario to the next, instead of following a clear path.
Lively’s name is particularly ironic here, since she plays Stephanie — a recovering addict — as someone with a fidgety, hollow-eyed deadness inside her, seeking to kill those responsible without any expectation that extracting an eye for an eye will heal her wounded soul.
The notion of an ordinary person thrust into such dire circumstances has a well-worn history, as Stephanie discover her capacity to inflict and endure pain along with the audience. There’s also been a greater emphasis on building such vehicles around women, including recent examples like “Peppermint” and “Miss Bala,” starring Jennifer Garner and Gina Rodriguez, respectively.
The title “The Rhythm Section” comes from the coaching Stephanie receives in her transformation, and finding the balance and calm to fulfill her mission. It’s too bad that the movie isn’t equally well tuned.
“The Rhythm Section” premieres Jan. 31 in the US. It’s rated R.